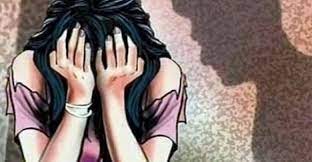 In yet another case of brutal crime from Hathras in Uttar Pradesh, a 16-year-old Dalit girl was gang-raped by three men during Holi celebrations. According to the family of the survivor, three men kidnapped the girl at around 2 pm on the day of Holi while she had gone to the fields to relieve herself. Two accused have been identified by the teenager.

It was reported that the girl screamed for help during the kidnapping, but one of the accused had gagged her by stuffing a cloth into her mouth. The cloth was infused with some sedatives which made the girl unconscious. Her family said the three accused took the girl to an unknown place and raped her in the night. They left the girl outside her village the next morning.

The minor also complained of police inaction in the case, and said she was threatened by police of being arrested if she lodged an FIR. The survivor said, “When we went to the local police station, the police refused to register the case. The police also threatened to arrest me along with my father and brother.”

The matter came to light only when the survivor approached Hathras SP Vinay Jaiswal. He assured the girl’s family of investigating the matter on priority. Hathras police said that the accused have already been arrested and a case has been registered under various sections of the Indian Penal Code including the POCSO Act and SC-ST Act.

In September 2020, a 19-year-old Dalit girl was brutally gang-raped in Hathras by four upper-caste men and later died at a Delhi hospital, leading to outrage across the country.