The police used tear gas shells and fired in the air to disperse the crowd, but to no avail. 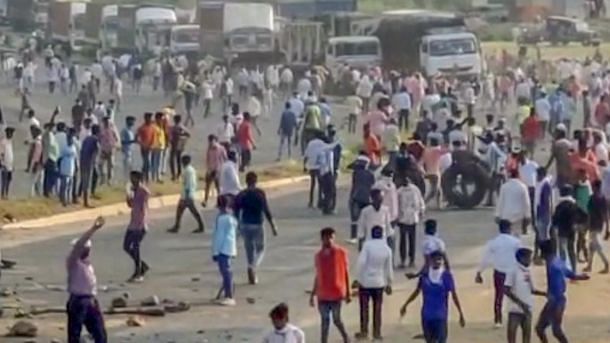 Two people were killed in Rajasthan’s Dungarpur in the protests that turned violent by members of the tribal community over the recruitment of government school teachers.

After four days of violent protests, the Rajasthan ministers and the delegation of the tribal community finally met on Sunday, 27 September, to resolve the issue. A team of protesters met Tribal Area Development Minister Arjun Singh Bamaniya, senior officers and other public representatives. On Sunday, the situation seemed under control, the Udaipur-Ahmedabad highway which was earlier blocked by the protesters was cleared and traffic resumed along National Highway 8.Rajasthan Chief Minister Ashok Gehlot urged the protesters to maintain calm and end the protests. According to a statement, Gehlot said that his administration is ready to meet all legitimate demands, reported news agency PTI.

“In 20 cases, 6,019 people have been booked under various sections for arson, damaging public property, rioting, assaulting a public servant. A total of 1,219 accused have been named in the FIRs and the rest are unidentified,” said a senior police official told Hindustan Times.

What Happened in the Protests?

Demonstrations by the tribal community began on 24 September after candidates of a 2018 qualifying exam blocked the Udaipur-Ahmedabad highway, and attacked police personnel, injuring over 10 cops, including an Additional Superintendent of Police.

The protesters captured a 10 km stretch on the Udaipur-Ahmedabad National Highway, Senior police officers had rushed to the spot to resolve the situation, news agency IANS reported.

The police used tear gas shells and fired in the air to disperse the crowd, but to no avail.

According to the Hindustan Times report, the protesters ransacked more than 100 houses.

Why is the Tribal Community Protesting?

The candidates of teachers recruitment examination (2018) are demanding 1,167 general vacancy seats for the ST community.

Youth from the tribal community in Rajasthan have been protesting for over the past two years demanding an opportunity to compete for recruitment as a teacher in the state through the Rajasthan Eligibility Examination for Teachers (REET).

In December 2019, Rajasthan Chief Minister Ashok Gehlot announced the examination for teacher recruitment. Through Rajasthan Eligibility Examination for Teachers, the government had planned to fill 31,000 posts and 6,080 vacancies that were to be reserved for candidates from the Tribal Sub Plan (TSP) region covering over three tribal districts of Banswara, Dungarpur, and Pratapgarh.

However, after that announcement, there was no decision regarding the examinations. The government formed a committee in January 2020 to decide on the matter, but no communication was made, reported The New Indian Express.