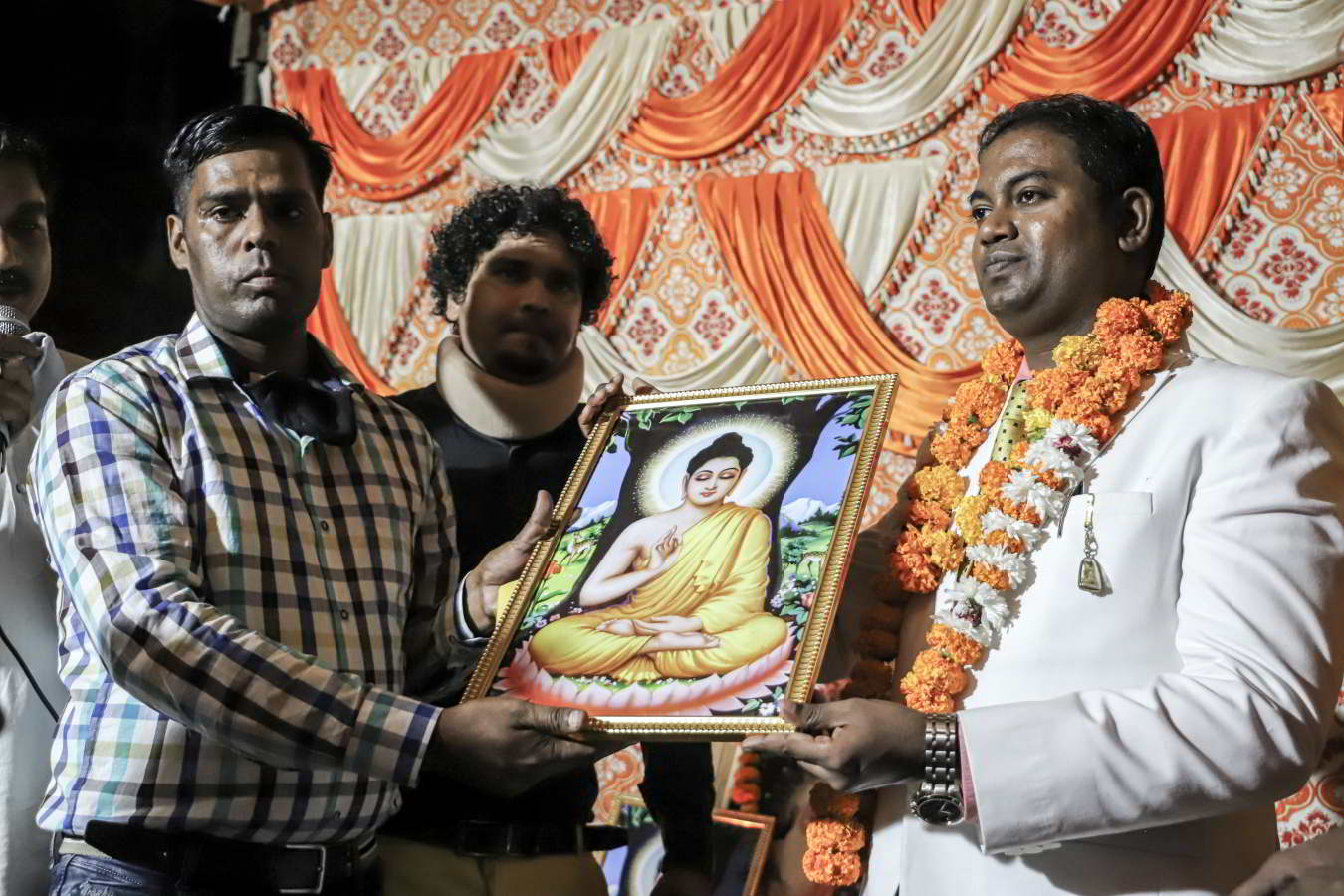 The Hathras rape and murder case has again brought focus on the precarious situation of the Dalits in the country in the past few years. In protest against rising atrocities and the indifferent, almost callous, attitude of the Uttar Pradesh government, a large group of Dalits left Hinduism and converted to Buddhism in Ghaziabad on Wednesday. This is expected to pick up pace.

The sleepy village of Karhera, near Pilkhuwa in Ghaziabad district of Uttar Pradesh, had a rare vibrancy and energy on Wednesday evening. Dominated by Valmiki community, one of the scheduled castes listed amongst the dalits, the village was all set to receive Rajratna Ambedkar, great-grandnephew of Father of Indian Constitution and dalit leader B R Ambedkar, on an unprecedented visit.

The occasion was also special as about 236 persons belonging to the Valmikis had decided to give up Hinduism and adopt Buddhism. In presence of the Buddhist monks, the group was administered the 22 vows of Buddhism and were given a certificate of conversion by the Buddhist Society of India, founded by B R Ambedkar in 1955.

Apart from Rajratna Ambedkar, the current president of Buddhist society of India, Shashikant M Jadhav, treasurer and Bhante Nibban, member of All India Bhikkhu Sangha were also present on the occasion.

Dalits, ranked lowest on the Hindu caste hierarchy, first started converting to Buddhism as a political gesture in 1956. This was the year BR Ambedkar, a dalit Indian jurist, economist, politician and social reformer icon, embraced Buddhism contending that this was the only way to escape caste oppression. October 14, the day on which Ambedkar accepted Buddhism, is marked as Dhammachakra Parivartan (religion conversion) day and thousands of dalits across the country convert to Buddhism as a symbol of protest and to get rid of the caste supremacy that prevails in Hinduism.

About 236 people belonging to the Valmiki community, a Dalit community in India, converted to Buddhism in Karhera village of Uttar Pradesh (MIG Photos/Aman Kanojiya)

“No matter how much we study, work or rebel, the upper castes look down upon us and treats us as inferior humans. We are made to feel that we are not an equal citizen of the society or country. Be it the recent Hathras rape case or other instances of violence against dalits, we continue to suffer every day and at every place,” Shashikant M Jadhav tells Media India Group.

Uttar Pradesh, which grabbed headlines earlier this month over the gangrape of a 19-year-old Dalit girl in Hathras, allegedly by some upper caste men, and the subsequent callous attitude of the UP government and the state police, alone accounts for over 25 pc of the total cases of atrocities against dalits in the country. 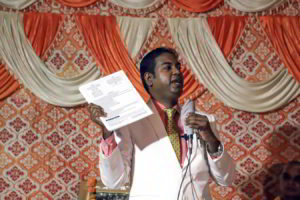 “The data on crimes against dalits are certainly alarming. Since 2014, crimes and atrocities have increased. After the violence and rape cases against dalit women in Hathras and Balrampur, dalits have started to feel more insecure than ever. The demand for conversion to Buddhism has increased manifold across the country, especially in Uttar Pradesh. People belonging to the dalit community and other scheduled castes are opting for leaving Hinduism and embracing Buddhism as an act of liberation and to come out of the cyclic nature of fear and oppression,” Rajratna Ambedkar tells Media India Group.

Ambedkar also says that the dalits have lost all faith in the institutions of justice and authorities after the Hathras case. “The police and authorities are part of the problem in the state. There is upper caste supremacy at all levels and unfortunately, they are the ones who turn a blind eye to the violence against the lower castes and sometimes, like in Hathras incident, become oppressors instead,” he says.

Rajratna Ambedkar reading the vows of Buddhism at the event (MIG Photos/Aman Kanojiya) The mishandling of Hathras rape case by local police and UP government has been heavily criticised by the opposition parties, women organisations, human rights organisations, students organisations and many others. There have been candle marches, rallies and protest all over the country demanding the justice for the deceased victim and her family in Hathras. Protestors have also demanded UP chief minister Yogi Adityanath’s resignation over the mishandling of the case and increasing crimes against dalits in UP.

“The family members of the Balrampur rape victim have also converted to Buddhism amid fear and oppression as they felt it was the only way out for them. Even the kin of Hathras victim might convert but they are under extreme pressure and constant surveillance by the authorities,” Ambedkar adds.

He further explains that the label of belonging to a lower caste and being identified as a dalit makes the community members feel inferior and insecure. “Conversion to Buddhism makes them feel more secure, less marginalised and gives a sense of identity that dalits are denied. To be treated equally is the end goal and the ability to feel empowered and united under Buddhism is a step towards equality,” he adds.

“Even though the atrocities against dalits won’t immediately stop after conversion, but the act itself is empowering. In absence of any strong political representation from the dalit, the conversion is a challenge to the core of the oppressor’s supremacy. The recent mass conversion of dalits in Uttar Pradesh are acts of revolution against the caste supremacy and suppression that is being forced upon them by the society,” says Ambedkar.