Jogini is an illegal practice, where women are turned into sex slaves by getting them “married to a deity.” 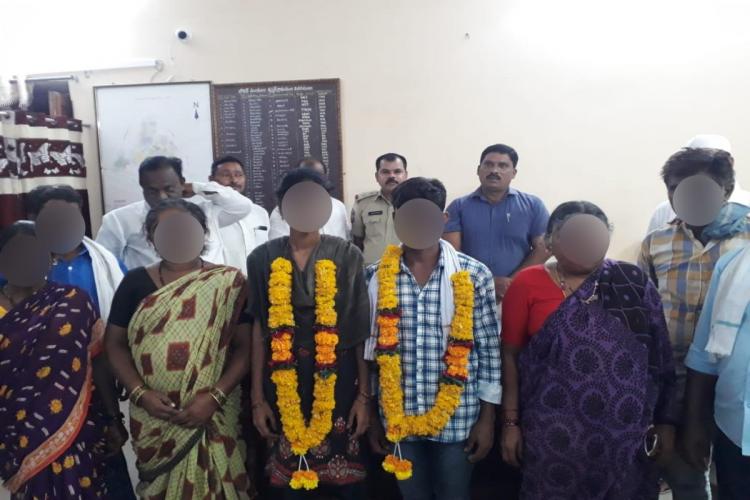 A 25-year-old woman from Bodhan in Nizamabad, Telangana was rescued from being made into a ‘Jogini’ — a religious sex slave. The woman who was rescued 10 days ago by the district administration, got married in the presence of officials on Friday.

Speaking to TNM, Bodhan Tahsildar, Mohammad Gaffar said, “Ten days ago, we received a tip-off from activists working against the Jogini system that the girl’s mother wanted to make her a Jogini. After learning about this, the RDO, police and other officials, rescued the woman. We offered her temporary shelter at a home and counselled both the mother and daughter.”

Gaffar added, “We told the mother that we would never hand over the daughter until she drops the idea of converting her into a Jogini. After counselling and persuasion from activists and members of her own community, the mother agreed to get her married to a man from their own community.”

The woman belongs to the Madiga community, categorised as a Scheduled Caste in Telangana.

Jogini is an illegal practice, where women mostly from marginalised Dalit-Bahujan communities are “married to a deity.” After being converted into a Jogini, they lose agency over their bodies and are free to be sexually exploited by men in the village under the garb of faith.

The Tahsildar said that the rescued woman’s mother is also a former Jogini. “The mother has two children. As the son is a person with disabilities, she thought that by making her daughter a Jogini, she would make her remain in her house and feed their family.”

Joginis are forced to lead their lives seeking alms. As they are “dedicated to a god” they cannot get married to another person, and in most cases, their children too end up becoming sex slaves.

The rescued woman was working at a retail store, earning a salary of Rs 5,000, the Tahsildar said. As a single woman, the mother was getting a pension of Rs 2,000. In total, the family was making less than Rs 10,000 per month.

Though the inhuman system was abolished several years ago, desperate mothers from the marginalised communities who are financially weak continue to practice it. This illegal practice has several names in different parts of the country.

In many cases, upper caste men trick women from vulnerable communities to become Joginis by imposing superstitious beliefs — like for good rainfall, to avoid epidemic diseases or to fulfill their vow made to gods– however, in this incident, there were no such forces behind. “We investigated the matter properly and we did not find any community leader who coerced the woman into becoming a Jogini,” Gaffar said.

Nizamabad was one of the districts in Telangana where the Jogini system was practiced before it was declared illegal. The practice of Jogini was banned in 1988 in the erstwhile united Andhra Pradesh. Along with Nizamabad the erstwhile districts of Mahabubnagar, Adilabad, Medak and Warangal, were the worst affected. Though authorities are vigil against the practice, it continues to thrive clandestinely due to illiteracy, poverty and superstition.

A one-man Commission formed in 2010 studied this practice in the united Andhra Pradesh, and estimated that there were around 80,000 Joginis in both the states, out of which 50,000 of them were from Telangana. To rehabilitate the former Joginis, the government is providing them incentives and land. However, activists allege that the government is doing too little to offer rehabilitation to the rescued women.