Three Kerala women, two of them in their 60s, were arrested by the Uttar Pradesh police on the claims that they produced fake RT-PCR certificates. 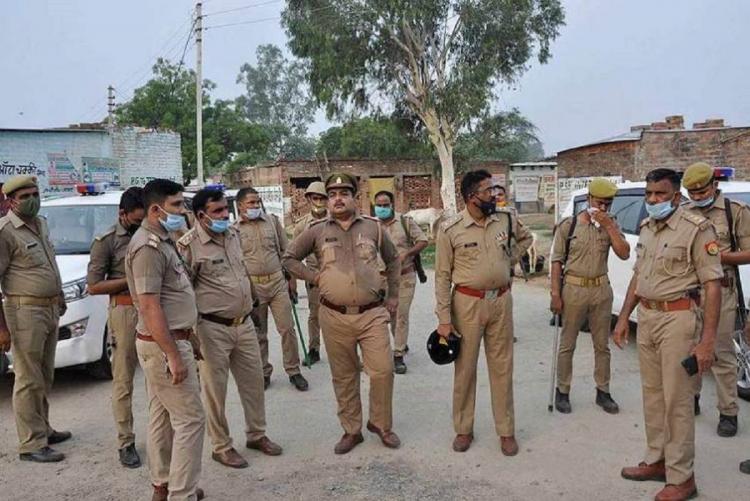 On September 23, Kerala’s Pathanamthitta native Muhsina, along with her 62-year-old mother-in-law Naseema and her seven-year-old son, took a flight to Uttar Pradesh, to meet her husband, who has been imprisoned under the Unlawful Atrocities (Prevention) Act (UAPA). They were also accompanied by two other women and four children from Malappuram district, whose family member was imprisoned under UAPA in Uttar Pradesh. The two families, comprising four women and five children, were scheduled to return to Kerala in two days. However, neither did the families meet their relatives in prison, nor did they return home.

On September 25, the Uttar Pradesh police arrested three women, claiming that they produced fake RT-PCR test certificates. The three arrested women are Muhsina (31), her mother-in-law Naseema (62), and Malappuram native Haleema (65). Muhsina’s seven-year-old son is also lodged along with her, Maktoob Media reported. Their families back in Kerala are shocked by the turn of events and allege foul play behind the arrest.

Muhsina’s husband Anshad Badruddin and Haleema’s son Firoz, members of the Popular Front of India (PFI), have been lodged in an Uttar Pradesh prison since February 2021. They were arrested en route to New Delhi. The Uttar Pradesh police have accused them of planning bomb blasts in the state.

Speaking to TNM, Muhsina’s family alleged police conspiracy to frame the women. “Anshad had expressed a desire to meet his mother and son, and that is why his wife took them there. She left behind her two-year-old toddler here (in Kerala), intending to come back soon. However, what we are hearing now is that they have been arrested,” said Azhar, Anshad’s brother residing in Pathanamthitta’s Pandalam.

The women and children had planned to meet Firoz and Anshad at an Uttar Pradesh court on September 24, where they were scheduled to be produced by the police. “However, Anshad and Firoz were not presented in court, despite a scheduled hearing that day. The next day, on September 25, the families went to the prison where the duo are lodged, seeking to meet them there. But the police did not allow this either. So they came back to the room where they were staying. However, later that evening, the police came back and arrested three of them,” alleged Azhar.

According to Azhar, Firoz’s wife was not arrested and left behind as someone had to take care of the children. “Since Anshad’s son was crying about staying with his mother, he is also in prison now. Firoz’s wife and children have come back,” Azhar said.

He alleged that since the validity of the RT-PCR tests conducted in Kerala had expired, the families did another test at a lab in Uttar Pradesh since they had planned to meet Firoz and Anshad in prison. In August this year, the Uttar Pradesh prison department allowed families of prisoners to meet them on producing a negative RT-PCR test report, where tests are done 72 hours prior to the meeting.

“All four women did the tests from the same lab. How come the police found only three of them possessed fake certificates and decided to charge them?”

However, according to the First Information Report (FIR) registered at the Gosaiganj police station in Uttar Pradesh, which TNM accessed, a case has been booked against four women. The case was registered on September 26, under sections, 419 (punishment for cheating by personation), 420 (cheating and dishonestly inducing delivery of property), 467 (forgery of valuable security, will, etc), 468 (forgery for purpose of cheating) and 471(using as genuine a forged 1[document or electronic record]) of the Indian Penal Code (IPC).

As per the FIR, the police claimed that the laboratory in Ghaziabad where the women did the tests has denied making such test reports. It does not mention the name of the lab. “In such a situation, where RT-PCR reports have been tried to be forged, the possibility of an incident or conspiracy cannot be ruled out,” police have stated in the FIR, which has been registered based on the complaint of Ajay Kumar Karapal, the jailor of the prison where the two men are lodged.

Incidentally, their families are not aware which prison the women and the child have been lodged in. “We only know they are somewhere in Lucknow. There appears to be some foul play because after the women left the prison when they were told they can’t meet Anshad and Firoz, why did the police search for them later,” asked Azhar.

Meanwhile, the PFI condemned the arrest of the women by Uttar Pradesh police. “This is a planned incident,” alleged Nasarudheen Elamaram, National Secretary of PFI. He further alleged, “The men were not presented in court as the police came to know that their families were visiting them there, although they claimed law and order issue. We have come to know that there was a direction from top police officials to initiate the arrest of the women. That is why the police came searching for the women in their room.”

He also added that the women will be presented in an Uttar Pradesh court on October 5.  The families are trying to get bail from the court, he said.

Incidentally, Delhi-based journalist Siddique Kappan was arrested by the Uttar Pradesh police on October 5, 2020, accusing him of having links with the PFI. He continues to be in Mathura prison in the state.