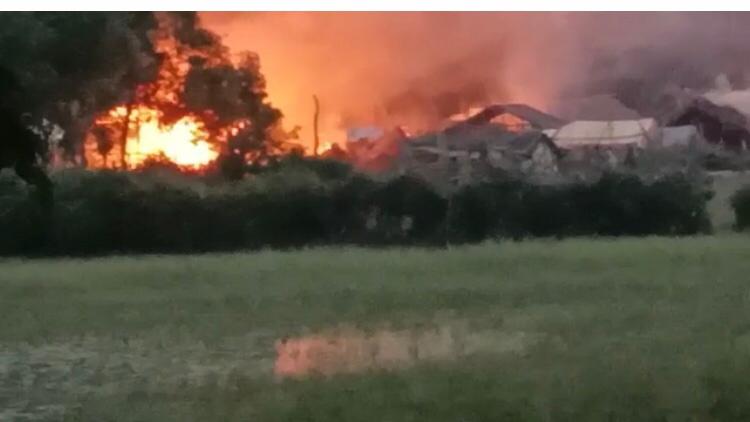 BHUBANESWAR: At least 40 houses belonging to people from the lower caste were set on fire at Nathapur village, in Brahmagiri area of Puri district, allegedly by a group of upper caste men on Sunday during a clash that saw bombs hurled by both sides and 30 people sustaining injuries.

Police said trouble erupted during a meeting called by the two groups to resolve a long-standing dispute. “The upper caste people were angry as members of the other group migrated to Nathapur from another village and encroached upon government land. Both sides were in a meeting in the afternoon when an altercation ensued. The upper caste members asked those from the lower caste to leave the village, leading to the violence,” a police officer said. Nathapur turned into a battlefield with bombs and stones being hurled by the rival groups. Sources said the police resorted to lathicharge to disperse the crowd.

Puri SP Kanwar Vishal Singh, along with other police officers, visited Brahmagiri to take stock of the situation. “We have deployed five platoons of force to avoid any untoward incident. Our immediate focus is on placating the villagers and restoring normalcy in the area. Action will be taken against those who fomented violence and burnt houses,” Singh said.