The 14-year-old Dalit girl was found to be four-months pregnant upon medical inspection. 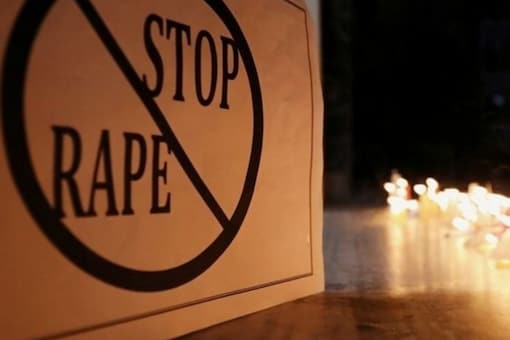 Police said they are probing the case.(Representational photo/Reuters)

Police have arrested two persons, including a 60-year-old man, for allegedly raping and impregnating a teenage hearing and speech-impaired girl at Mhow in Indore district of Madhya Pradesh, an official said on Friday. The victim, a 14-year-old Dalit girl, is found to be four months pregnant, he said.

Talking to PTI, Kishanganj police station inspector Arun Solanki said, “The crime came to light after an ‘anganwadi’ worker on Tuesday noticed that the girl was not well. She informed an ASHA (accredited social health activist) worker from the area.” The ASHA worker took the girl to a primary health centre at Bhagora, where doctors suspected that she had some gynecological problem and referred her to Mhow civil hospital, he said. After her medical examination and clinical tests, it was found that the girl was four months pregnant, the police officer said.

“After that, police were informed and a case of gang-rape case under India Penal Code (IPC) and also under the Protection of Children from Sexual Offences (POCSO) Act was registered against unidentified accused on Wednesday night,” Solanki said. Later, on the basis of the girl’s account as interpreted by a sign language expert and investigation, police on Thursday arrested Chetan (60) and Shiva (45), who reside in her neighbourhood. They have confessed to the crime, he added.

The anganwadi worker said that the girl’s mother is also hearing and speech-impaired, while the minor’s father died several years back. Meanwhile, Mhow additional superintendent of police (ASP) Puneet Gehlot said senior police officers are investigating the case and they would ensure that the accused get strictest punishment for the crime.