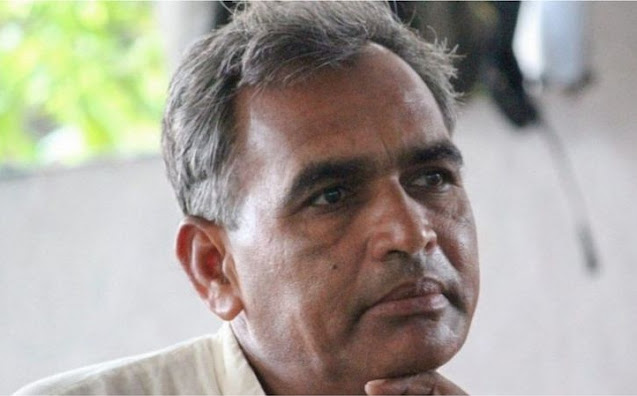 The current Central and state governments in India, along with the machineries at their disposal, have been and are still unable to answer and address the concerns raised, with facts, figures, and constitutional provisions, regarding the Statue of Unity (SoU) Project in Gujarat.
Not only have they refused to address long-pending issues surrounding the right to life, livelihood, and survival of the tribal population in the area, the community and activists raising legitimate concerns are met with imposition of Section 144, house arrest, detention, intimidations, undeclared curfews, and such.

To top all of this, the unconstitutionally-made law, the Statue of Unity Area Development and Tourism Governance Act, 2019, has been executed with full force. The government has begun to launch the Seaplane Service by building the Water Aerodrome Projects near Statue of Unity Project, Panchmukhi Lake (Lake 3) of Sardar Sarovar Dam at Limdi Village, Narmada District, Gujarat, without required environment clearances.
In spite of representations and protests by the local people and concerned members of the civil society, the central and state governments have failed to address the issues faced by the community. To add insult to injury, they have now banished a prominent grassroots activist, Lakhan Musafir, for six months from the Districts of Narmada (where SoU is located) and its nearby Districts of Bharuch, Vadodara, Chhota Udepur, and Tapi districts.

The externment order, dated September 14, 2020, by KD. Bhagat, sub-divisional magistrate (SDM) of Rajpipla, Gujarat, alleges that Lakhan Musafir is inciting people, engaging in “violent” activities, carrying arms, trading in liquor, and such. These are all blatant, baseless, and unsubstantiated lies and allegations and the action against him is clearly bad in law.
The SDM’s externment notice, dated March 8, 2020, and now the order, violates every legal principle and is an example of ongoing overreach by the authorities to crack down on all voices that speak for constitutional rights of the vulnerable and affected communities.
The SDM, Rajpipla, Gujarat, issued notice under section 56 (A), Gujarat Police Act 1951, through Police Sub-Inspector, Kevadia on March 8, 2020, to banish Lakhan Musafir for two years from Narmada, Bharuch, Vadodara, Chhota Udepur and Tapi Districts. The hearings took place on March 12, 2020, April 9, 2020, July 6, 2020, July 13, 2020, July 23, 2020, August 10, 2020, and August 17, 2020.

On July 13, 2020 Lakhan Musafir filed his detailed primary reply and then case was pending for the rejoinder by the police authorities. But, all of a sudden, the case was concluded and on September 14, 2020 the final order was pronounced.
Lakhan Musafir is not a state body but an individual; he needs time and resources to defend himself against such grave fabricated charges and that too during the midst of the Covid -19 pandemic crisis. He has also provided the names of his witnesses in his reply dated July 13, 2020.
Even to get the witnesses to Rajpipla during the midst of the Covid-19 pandemic crisis is very difficult and next to impossible. We can understand that the police do not want to provide any documentary evidence or their witnesses to prove their case, but how can the rights of Lakhan Musafir to defend his case with the help of documents and witnesses be denied!

Lakhan Musafir has been categorically denied an opportunity to effectively defend the case foisted against him and disprove the fabricated charges.
The SDM conducted proceedings during the ongoing Covid -19 pandemic crisis, when even the Supreme Court and High Court have limited their functioning and function through video conferences. In the times of Covid -19 pandemic crisis, the SDM thought it fit to hold physical hearings in the months of July and August, but did not call for evidence from the prosecution and did not even allow Lakhan Musafir the chance to present his witnesses as evidence for his defence.

Thus, the externment order, dated 14 September 2020, is not only bad in law, but is also in violation of the principles of natural justice.
The state and its officers are expected to focus on the crisis resulting from the Covid -19 pandemic, and should have prioritised it for augmenting the basic necessities and services in an impoverished region instead of expending its energies and resources in targeting an activist involved in peaceful and legitimate activities for the affected communities.
The externment order is contrary to every legal principle, constitutional provision, and further states that Lakhan Musafir cannot be considered innocent till his innocence is proved in other recent pending cases.

Lakhan Musafir is an activist who has dedicated his life to the empowerment of downtrodden people by helping them access sustainable and organic techniques for farming, encouraged bio-gas plants and environment friendly alternatives, education, and particularly for the rights of those tribal families that were affected by Garudeshwar Weir and tourism projects under the guise of the Statue of Unity project.
Practicing Gandhian philosophy on a daily basis, and a firm believer in non-violence and democratic protests, Lakhan Musafir is living a very simple life with the tribals for the last several years.
The order passed by the SDM without affording Lakhan Musafir the opportunity of fair trial and hearing is entirely bad in law and nothing short of a reprisal for and refutation of years of his constructive work in the community. 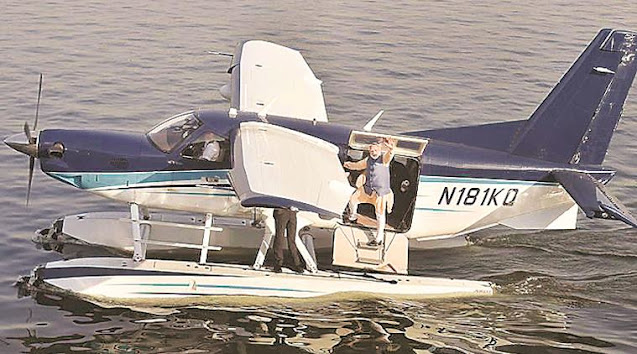 What is even more surprising and shocking is that the SDM has not even put on record the evidence on which he has based his order and has failed to deal with the response of Lakhan Musafir to the notice of externment.
The SDM in the concluding para of the order justified the externment reasoning that there are pending cases against Lakhan Musafir. This goes against every grain of law, where he pre-decides his guilt before any process of law gets completed in the recently filed false cases.
Like any police case filed in the court, the court is expected to follow at least the basic minimum procedure to examine the complaint and evidence produced by the police, the reply and evidence presented by the respondent (in this case, Lakhan Musafir), and also examine the witnesses and legal arguments presented by both parties before pronouncement of an order, which is clearly missing in this case.
The externment order defies the Covid -19 guidelines and restrictions too and is unmindful of Lakhan Musafir and others’ health and safety. While it asks Lakhan Musafir to leave his home and neighbourhood, the SDM does not take into account that he would find it difficult to find an alternate place to stay or someone to host him, thus, violating basic human rights in the context of the Covid-19 pandemic crisis.
While Lakhan Musafir and local villagers continue to be restricted to their homes, the situation for the locals is further aggravated during any government function or visit. In such circumstances, expelling him from the safety of his home district and five nearby districts for six months is both draconian and unjust.
The externment in effect ensures that voices such as Lakhan Musafir’s are silenced and rendered ineffective when PM Modi is scheduled to arrive at the Statue of Unity on October 31, 2020, for yet another contested project, the seaplane service launch.
Banishment is an act which is repressive in nature and an attempt to silence any democratic opposition to the unconstitutional or destructive policies of the ruling dispensation, which doesn’t have an answer to the legitimate concerns raised by the tribal population of the area. It is a clear indication that the government is not able to defend its unconstitutional action before the people of India and the world in any legitimate way.
The bewildering accusations against Lakhan Musafir and his unlawful banishment against the principles of natural justice must incentivise the people of India and the media to engage with collective questioning, sustained resistance, and demand that constitutional rights are protected and the rule of law must be upheld in letter and in spirit. Not doing so paralyses the foundations of our society and democracy.