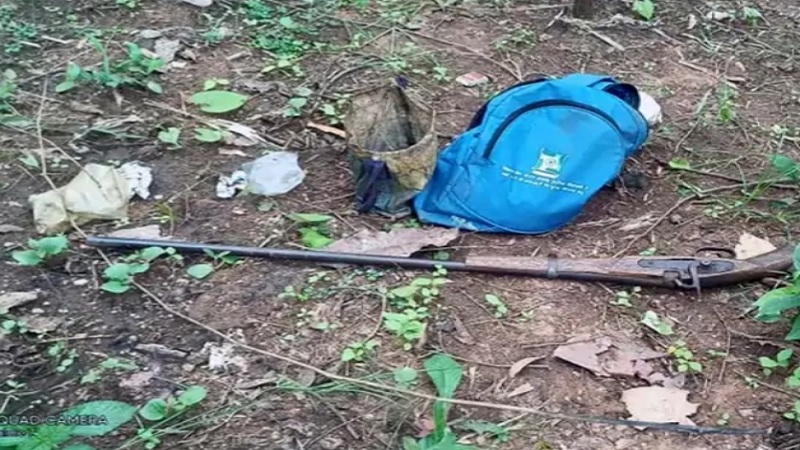 The Jharkhand Janadhikar Mahasabha (JJM) on June 23, 2021 alleged systemic violence by security forces against Adivasis in Piri village, after investigating a firing incident that resulted in the death of tribal youth Bramhadev Singh.

On June 12, news reports emerged of an alleged “exchange of fire” between security forces and Maoists in the Kuku-Piri forest, that falls under the jurisdiction of the Garu police station of Latehar. Online portals claimed that one Naxalite was killed and others were found holding guns. However, a fact-finding team claims that the incident was actually an attack by local authorities on innocent villagers.

Six Adivasis including the deceased Bramhadev Singh were out on an annual hunting ritual for the Sarhul festival when they came across the security personnel. The villagers carried Bhartua guns that have been in their families for generations. They use these guns to hunt small prey like rabbits, pigs and chickens, and to protect crops from pests.

The group panicked on seeing officers at the edge of the forest and attempted to retreat. However, the security forces fired at the group without warning, according to JJM’s report. Villagers did not fire back but shouted that they are common people, not Maoists.

“The government should formally make the truth public. This was not an exchange of fire with Maoists. Nor was it a retaliatory action by the security forces. The security forces fired at innocent Adivasis and shot dead Bramhadev. Then an attempt was made to cover up the matter,” said the report.

As the firing continued for about half an hour, one of the bullets hit villager Dinanath in the hand and another seriously injured 24-year-old Bramhadev. Once the survivors fled, the security forces fired three shots at him resulting in his death, according to the fact-finding report. Villagers stressed that none of the six victims were not associated with any Maoist organisations.

This account by villagers came to the forefront only after the team comprising various organisations, journalists, lawyers and social workers, approached the victims on June 17 and analysed the response of local administration and police, the FIR and reports by local media.

“The FIR makes it clear that the police are trying to hide the truth… According to the FIR, this incident was an exchange of fire in which the first shot was fired by the group of armed villagers… It also mentions that Brahmadev’s body was found at the edge of the forest. These statements are contrary to facts,” said the report.

Local police filed a case against the six Adivasis under various sections, including the Arms Act. The team alleged this was to maintain pressure on villagers and keep them from questioning the incident. At the police station, survivors were made to sign or thumbprint on many pages without informing them about the content.

Demands by the Jharkhand Janadhikar Mahasabha

The team demanded that Bramhadev’s wife be compensated at least Rs. 10 lakh. The state government should take full responsibility for their son’s upbringing, education and employment. Further, the other five survivors should be compensated for police harassment.

Citing a June 2020 incident where Chiriyabeda Adivasis in West Singhbhum were brutally beaten by the CRPF during a search operation, the group said that such incidents continuously occur in the state. The FIR in this case did not even mention the CRPF and victims still haven’t received any compensation or assured of any action against offending CRPF soldiers.

Chief Minister Hemant Soren and his political alliance got a clear mandate following oppressive and anti-people policies of the BJP government and alleged violence against Adivasis. Yet, human rights violations and police atrocities continue in Adivasi areas. To correct this historical wrong, the Jharkhand Janadhikar Mahasabha and fact-finding team listed the following demands:

Establish a judicial commission to ensure an independent investigation into the actions of security forces. An FIR should be lodged against security force personnel and officials responsible for Bramhadev’s death and the firing.

The FIR against villagers should be quashed. The government must take administrative action against local police and senior officials for filing wrong statements and FIRs.

Those statements, affidavits etc. from should be made null and void considering people were forced to sign/thumbprint papers. Further, testimonies should be taken only in presence of lawyers.

The government should clearly instruct local administration and security forces not to exploit adivasis in any way. People should not be harassed under the guise of anti-Naxal operations.

Before running a search operation in a village area in fifth schedule areas, personnel must get the consent of Gram Sabha and traditional village heads; in other areas, they must avail the consent of Panchayat representatives. Fifth Schedule provisions and PESA should be fully implemented.

Local administration and security forces should be trained and sensitised about indigenous language, customs, culture and their world view.

A letter detailing these same demands was also sent to the District Deputy Commissioner Abu Imran on Wednesday.