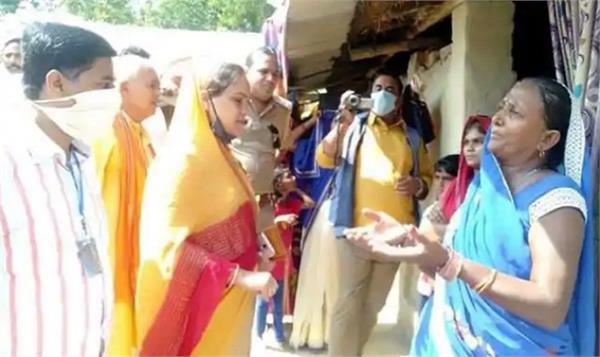 Ambedkaranagar: There has been a stir in the district administration due to the issue of conversion of Dalits in Bhabhura village of Rajesultanpur police station area of ​​the district. After information, police reached the spot and are questioning the two youths in custody. Local MLA Anita Kamal also reached the Dalit colony and inquired about the matter from the villagers. There is talk of two families accepting Christianity.

A Christian prayer meeting was held
, it is said that in the Dalit colony of Bhabhera village of Raje Sultanpur police station area, there was a report of two youths converting Dalits on Thursday morning. It is alleged that Christianity prayer meetings were organized on behalf of both the youths, including some Dalit families. As soon as this news came on Thursday morning, there was a panic in the area including the administrative staff.

On the
information of 2 youths taken into custody, Sub-Divisional Officer, Alapur Dhirendra Shrivastava, CO Jagdish Lal Tamta and Police Officer Rajesultanpur reached the spot and inquired about the matter from the villagers. After this, both the accused, Sagar son Matbar and Gulabchand son, Rampalut resident Bhabhura were taken to the police station.

Local MLA Anita Kamal explained that the
station head PN Tiwari told that action is being taken in the case. On the other hand, on the information about conversion of Dalits, local MLA Anita Kamal also reached Bhabhora village and inquired about the matter. He persuaded the villagers not to convert.