Amirtham was in the news recently when she was stopped from hoisting the national flag on Independence Day in August by other panchayat leaders. 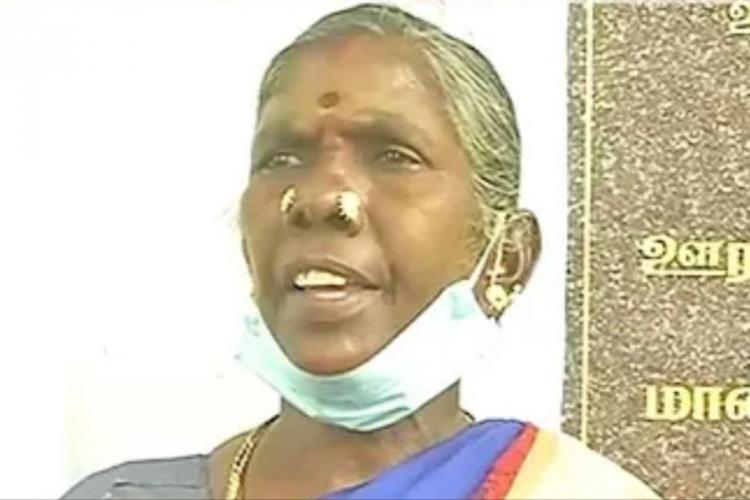 Panchayat President Amirtham from Athupakkam, Tamil Nadu, has moved the Madras High Court seeking police protection as she allegedly faces several threats to life from political adversaries. Amirtham, who belongs to a Dalit caste, and has been working in the reserved constituency, also alleged that she continues to face public humiliation and insults due to her caste identity, despite repeated complaints to the police and district administration against other panchayat leaders.

Speaking to TNM, Sasikumar, Amirtham’s son, said, “The discrimination continues and we have been giving complaints to the police and district administration. However, we are not happy with their efforts. So, we have moved the Madras High Court.”

“If I ask any question regarding the administration of the panchayat, I have to face verbal abuse with filthy language mentioning my caste in bad taste. The public humiliation and insults continued, or rather intensified once I assumed office. I am called into the office only for my signature,” the petition added.

Amirtham was in the news recently when she was stopped from hoisting the national flag on Independence Day by other panchayat leaders. After the news went viral, the District Collector visited Amirtham and made her hoist the flag but the discrimination she faces continues, she said.

The petitioner also submitted that she gave a complaint on August 28 against the three members but none of the accused has been arrested under the Scheduled Castes/Scheduled Tribes Prevention of Atrocities Act. Also, Haridass surrendered himself before the District Judge in Tiruvallur on November 24 but was given bail on the same day, to the shock of the panchayat president, the petition said.

The petitioner also listed instances when she was allegedly denied access to perform her democratic duty. “If I ask any details of the panchayat administration, they are threatening me by saying that they will fabricate documents alleging that I am swindling money from panchayat funds and file a complaint against me,” she further alleged.

She has asked for police protection in the petition, stating that she has to be provided necessary security against present and potential threats.

According to Sasikumar, Vijayakumar, one of the men mentioned in his mother’s petition, had allegedly threatened them when Amritham went to inspect the damages caused due to Cyclone Nivar recently.

“My mother and I went to inspect the damages due to Cyclone Nivar recently and we were waylaid by Vijayakumar and were abused with casteist slurs. He also threatened that he will finish us off soon. Immediately, we gave a complaint to the district police but no action has been taken yet. So, we have moved the court since my mother needs police protection,” he said.