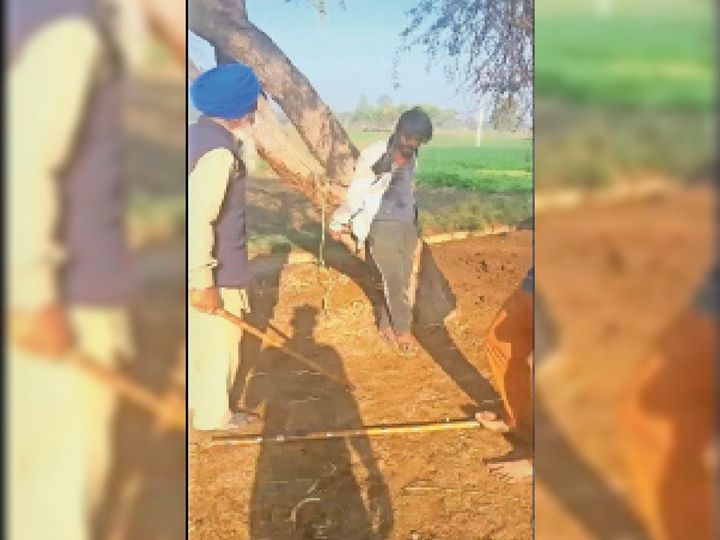 Young man came to attack, was caught for handing over to police: Dalbir Singh

In the village Raipur under the police station Ajnala, a Dalit youth was tied to a tree and beaten up. A video of the incident surfaced on Thursday, in which a young man tied to a tree is seen beating elderly poles. Police claimed to arrest the accused soon. The victim youth Kaka Singh, who belongs to the Dalit community, said that his sister-in-law used to work in the house of Dalbir Singh, a resident of Palvinder Kaur village. He alleged that months ago his sister-in-law went to his house to ask for a thousand rupees, then the person asked her to be in bed.

He complained to the police about this. There was pressure on the accused family to withdraw the complaint. Last day, the young man’s relatives tied him to a tree and beat him with sticks. Kaka Singh alleged that a police servant was also there at the time of the incident, but he did not try to save her. Meanwhile, DSP Ajnala Vipan Kumar told that investigation is being done. The accused will be arrested soon.