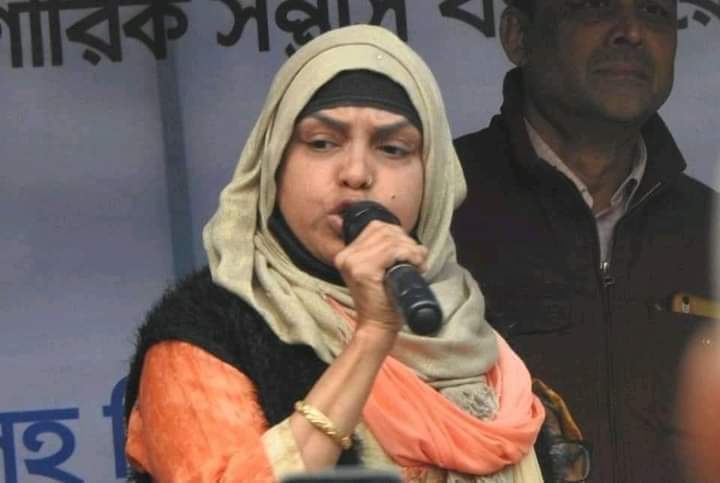 Jamil was suffering from cancer and leaves behind her husband and two daughters.

“Jamil was synonymous with the sit-in at Park Circus Maidan against the CAA, NRC and NPR,” many took to social media as they extended their condolences to Jamil.

The ParK Circus anti-CAA 24×7 agitation was the longest after Delhi’s Shaheen Bagh protest and it was halted by the coronavirus pandemic after completing 83 days.

It was started by Jamil and other Muslim women around Park Circus on 7 January 2020.

“Someone, not from the media, took my interview and posted it on his Facebook page. In that interview I had appealed to all the women of Bengal to come and join us in our protest. Responding to my appeal, women from different parts of Bengal, including Birbhum, Murshidabad, Purulia and other places, began to join us,” Jamil told reporters while sharing her protest experience.

“She has had a kidney transplant, and sitting in dharna for so long and for so many days has been taking a toll on her health. But she remains undeterred and cheerful,” Frontline reported in February 2020.

“I was fortunate enough to share stage with Asmatji. She is one among the powerful voices I have met as a part of anti CAA protest. May Allah give her higher ranks in jannah. My deepest condolences to her family and friends,” Aysha Renna, one of the iconic faces of anti-CAA protest across the country and Jamia Millia Islamia student leader told Maktoob.

Jamil’s friends and family plan to offer her namaz-e-janaza (final prayers) at Park Circus Maidan on Tuesday afternoon before proceeding to the graveyard.