Several Dalits were injured in October after a row over ‘loud music’ escalated into an attack on the colony in Ramojipeta of Sircilla district. 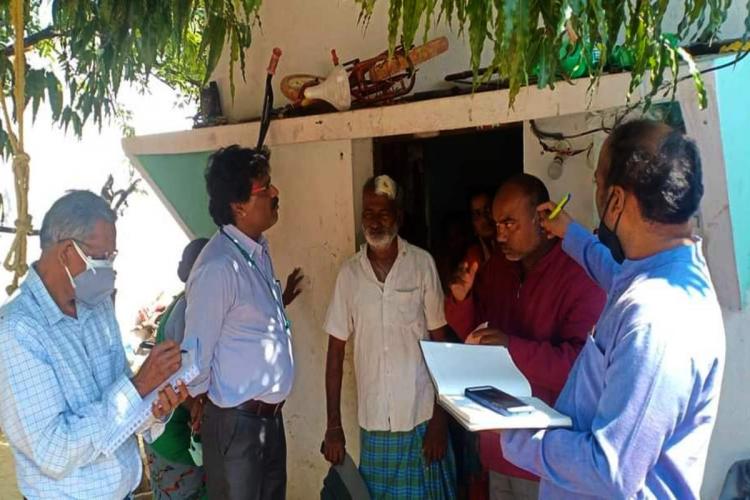 Two weeks after caste Hindus attacked a Dalit colony ove the celebration of Dasara festival in Ramojipeta of Sircilla in Telangana, an independent fact-finding committe from the Voice of Dalit Collective said that the attack was part of a “caliculated conspiracy” against Madiga families. The committee led by Prof K Lakshminarayana, Assistant Professor Dr Balaboyina Sudharshan and Dr Pasunuri Ravinder visited the village and interacted with the victims and officials earlier this week.

Earlier in October, on the night of the Dasara a feud that began over loud music being played at the Dalit colony ended in violence. Over 200 men and women belonging to Mudhiraj caste attacked Dalits leaving many injured, including Upa Sarpanch (Deputy Sarpanch), who is a Dalit, alleged activists.

The fact-finding report compared the violence to the 1991 attack on Dalits in Tsunduru of Andhra Pradesh. “There was no loss of life, but there is damage to properties and self-respect of Dalits,” it stated. 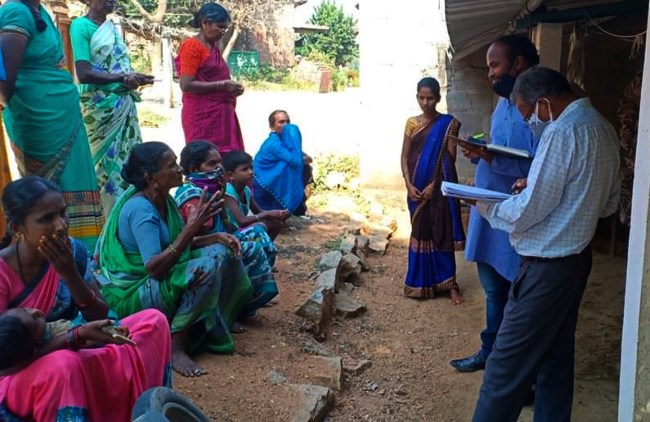 The report further said, “When we hear about attacks on Dalits, we assume the perpetrators are from upper castes/dominant castes, but here in this case it was a BC community who embodied the casteism of dominant castes.” According to the activists, Mudhiraj community which constitutes over 90 families have politically marginalised the 34 Dalit families by unanimously electing a person who belongs to their caste as Sarpanch, while giving the Upa Sarpanch post to a Dalit.

Caste tensions over installing a statue a couple of years ago had flared up the recent incident, found the activists. According to the fact-finding committee, Dalits and the Mudhiraj members resolved to set up statues of Dr BR Ambedkar and Jyothirao Phule. However, a religious group ‘conspired’ and brought in a proposal to install the Chatrapati Shivaji statue instead of Dr Amebedkar, alleged activists.

The report stated that there were attempts made to destroy the foundation stone of the Ambedkar statue and in turn Dalits filed a case against members of the BC community. “Infuriated by this assertion they have targeted each of Dalit,” stated the report. 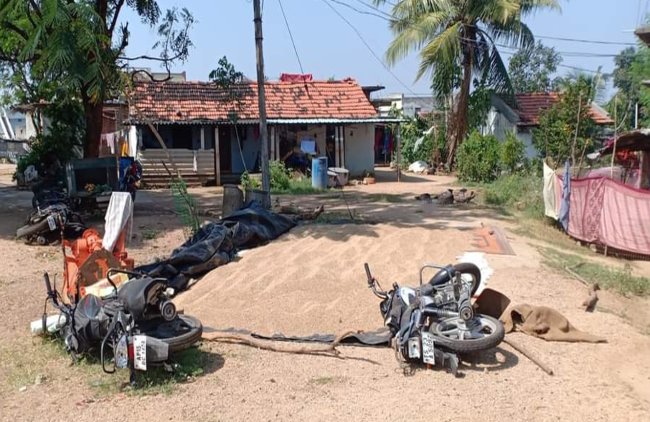 The activists said that the caste Hindu Mudhiraj’s allegedly barred Dalits from attending Dasara celebrations. “Dalits have celebrated Dasara in their colony by setting up a music system and playing Bathukamma in their colony. They couldn’t digest the fact that they are celebrating or wearing new clothes soon. The Sarpanch and other persons from the community complained about the disturbance due to the music system. When Dalits questioned their intervention, it led to an argument, which culminated in attacks on the colony.”

Prof Lakshminarayana and team further stated that the reason behind the sustained grudge against Dalits is because families are educating their children despite the historical oppression and economic problems.

According to the fact-finding team, the Dalit colony has seven postgraduates and over 15 graduates and several people with small jobs, this was disliked by caste Hindu villagers. The activists said, “It is very rare to say Madiga community people assert themselves socially and politically in Telangana. This was not liked by the Mudhiraj community, which is why they attacked Dalits saying ‘no Madiga household should be there in the village;.”

The committee has demanded security for Dalits besides installation of the Dr BR Ambedkar statue along with action against all the accused who allegedly participated in the attack.

Following the incident, Sircilla Superintendent of Police (SP) Rahul Hegde visited the village. Police said that a case under various sections of IPC along with SC,ST Prevention of Atrocities Act (PoA) has been registered and several accused have been arrested. However, activists alleged police inaction in dealing the case and registering the case.