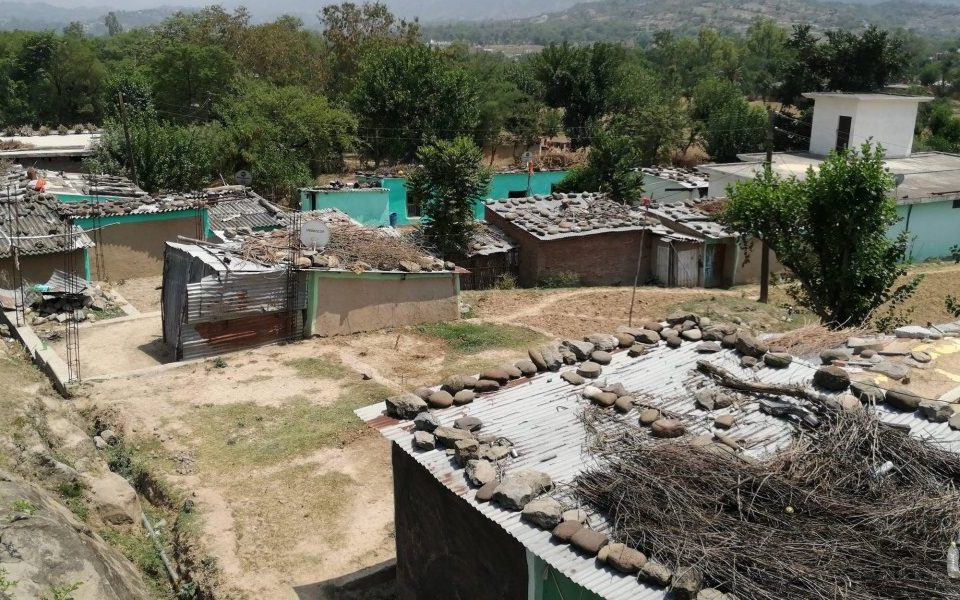 JAMMU, July 2: Members of the Dalit Mahasha community of Malarh village in Udhampur district have been living in a state of constant fear after some of them were attacked by members of the historically privileged Brahmin community on the night of June 9.

The attack took place four days after two Dalit women were prevented by three men from the Brahmin community from fetching water from the village well known as Panduan de Khu (the well of the Pandavas) on June 5.

“We’ve stopped leaving our homes after dark ever since our community members were attacked on June 9 by Brahmins wielding sharp-edged weapons,” said 36-year-old Raj Kumari, a victim of the attack. Her 40-year-old husband Som Raj, 20-year-old son Amit Kumar and 38-year-old brother-in-law Dev Raj suffered severe head injuries in the attack and had to be hospitalised. Some other members of the Dalit community suffered minor injuries.

Although the Jammu and Kashmir police registered a first information report (FIR) on June 10 and booked seven members of the village Brahmin community under various sections of the Indian Penal Code (IPC) for the June 9 attack, the Dalit community of Malarh remains uneasy.

The Brahmins are historically privileged and tend to be wealthier than the Dalits. In the village of Malarh, the Brahmins frequently taunt the Dalits with casteist slurs, including one that shows their historical power: “Mahasheyo tusse’n Brahmane kanne kiya’n ladna, kanoon bhi saada te afsar bhi saade (How will you fight us, the Brahmins, when both the law and the law enforcement officers are ours, you Mahashas)?”

Raj Kumari and her family fear that the seven Brahmins booked for the June 9 attack against the Dalits will escape the charges against them.

“Despite the fact that there is an FIR against him, one of the Brahmins, Akhil Sharma, still rolls up his sleeves when he crosses paths with my family members. My husband is a labourer and we cannot afford to fight the rich Brahmins,” said Raj Kumari.

The Dalits’ fear is perhaps justified because the police charged Akhil Sharma and six other people under the IPC rather than the Scheduled Castes/Scheduled Tribes (Prevention of Atrocities) Act [SC/ST (PoA) Act].

The IPC is less stringent against those who discriminate or attack on the basis of caste than the SC/ST (PoA) Act.

“Had these people been booked under the SC/ST (PoA) Act, they wouldn’t dare to use casteist slurs against us in full public view or stop us from fetching water from the village well,” said Raj Kumari.

According to 60-year-old Chanchla Devi, the discrimination faced by Dalits in the village has a long history. The casteist slurs used by the Brahmins against the Dalits, she said, include statements like “Mahasheyo tus sadi jage che’n ni langya karo (Don’t pass through our lands, you Mahashas)!” and “Mahasheyo tusse’n gi khu cha paani ni parna dena (We won’t let you draw water from our well, you Mahashas)!”

Babli Devi still remembers her altercation a few years ago with a few Brahmin men when they tried to encroach on some land.

“When I confronted the Brahmins with the legal provisions against land encroachment, my community was mocked for speaking about the law when we still crave flour in our houses,” said the 40-year-old woman.

In another land dispute, some Brahmin men threw their excreta into the home of 61-year-old Bishan Dass “to teach us what people of our caste do”, said Dass.

Dass said he took up the matter with Uttam Singh, the village sarpanch (head), “but in vain”.

Malarh village has about 25 households belonging to the Mahasha community and three or four households belonging to the Brahmin community, according to Som Raj Kundal, vice-president of the All Jammu and Kashmir Mahasha Sadar Sabha. The tension between the two communities moved from slurs to threats about 18 months ago after water pipes began to be laid in the village, Kundal said.

The direction from which the pipes were planned to come meant that they would run through fields owned by the Brahmins. But the Brahmins refused to allow the Public Health Engineering (PHE) department to lay the pipes in their fields.

Since the pipes then had to come from another direction, the Dalit villagers allowed the PHE to lay the pipes in their fields. But midway through the project, when half the households belonging to the Dalit community had received piped water connectivity, the Brahmins allegedly dug up Som Raj’s cultivated fields to divert the pipes towards their houses.

“Some Dalit community members who were yet to get the piped water connectivity didn’t let the Brahmins divert the pipes. This infuriated them and since then they have been threatening our people,” said Kundal.

The issue came to a head on June 5, 2021, when Chanchla Devi and Raj Kumari of the Dalit community went to the Panduan de Khu and Akhil Sharma, Mohan Lal and Darshan Kumar from the Brahmin community allegedly snatched from them the iron bucket used to draw the water from the well.

“The Brahmins told us that they wouldn’t let us Mahashas draw the water from the well,” said Raj Kumari.

The three Brahmin men knew exactly what they were doing, Raj Kumari added. “Another Brahmin of the village who was also at the well asked Akhil, Mohan Lal and Darshan Kumar whether they understood the consequences of caste-based discrimination, but the three men didn’t pay any heed,” she told The Wire.

To avoid conflict, Raj Kumari and Chanchla Devi returned to their homes with empty water pots. No member of the Dalit community has been back to the Panduan de Khu since then. They use another, smaller well instead.

But four days later on June 9, as Som Raj and his family slept, an allegedly inebriated Darshan Kumar barged into their house at 11 pm and sta “With folded hands, I pleaded with Darshan bhaiya to return home but he didn’t. Instead he started hitting and kicking me. When my husband came to my rescue, more people from the Brahmin community arrived and attacked my husband with sharp-edged weapons. Seeing my husband in a pool of blood, my brother-in-law and my son ran to his help and they too were attacked,” said Raj Kumari. “Later more people from our community were injured by the Brahmins.”

After the Brahmins left the scene, other members of the Dalit community rushed those who were seriously injured to the district hospital in Udhampur.

Darshan Kumar told The Wire that he has never made any derogatory remark against any individual or community and that he did not go to Som Raj’s family home at 11 pm on June 9 to attack him, but rather “to return their cattle as they were destroying our crops”.

“Their cattle run loose and have been ravaging our crops for a long time. We repeatedly asked them to take care of their animals, but they did not cooperate. After handing them their cattle, I only cursed them. But my wife, my son and I were attacked by the Dalit community members in retaliation. All my family members have received grievous injuries,” Kumar alleged.

While the injured members of the Dalit community have photographic evidence of their injuries, Kumar said that he personally does not have photographs of the injuries he and his family received in the attack. “The police have some photos. I don’t have anything with me,” he said.