New Delhi:  As people observed ‘black day’ on the 29th  anniversary of the Babri Masjid demolition in different of parts  the country, the    Delhi Police on Sunday detained 27  leaders and activists of different organizations who gathered here  to take out a protest march to press the demand of bringing culprits of this crime to justice. Protesting meetings were held in  Azamgarh, Aurangabad  and other places  to mark the anniversary.

In the national capital, all the detained people were released in the evening who said the Police action was an attack on their democratic rights to organize a peaceful protest as the perpetrators of this crime were still roaming at large.

On the eve of Babri Masjid demolition anniversary, Lok Raj Sangathan (LRS) organizes a protest rally every year but this time the Delhi Police taking the alibi of prohibitory order today stopped the proceedings of the march.   People assembled at Mandi House and wanted to take out a march up to Jantar Mantar near Parliament House in Central Delhi to reiterate the demand of punishing the guilty who were let off by a Special CBI court in a weird judgment this year in September. Among those, who were accused in hatching the conspiracy to pull down the 400 year old mosque in Ayodhya, were former top ruling BJP leaders L K Advani, MM Joshi, Uma Bharti, Vinay Katiyar and others.

Speaking with Muslim Mirror, Birju Nayak told that we had a due  permission to hold the rally but the Police used the ruse of prohibitory order and pandemic situation to stop our peaceful protest. It is an attack on citizens’ fundamental rights to protest peacefully, he added.

“We wanted to highlight how the criminal justice has failed to bring the culprit to justice as the CBI did not give any indication that it would challenge the Special court judgment  in the higher court of land which had  acquitted all the 32 accused without going into the evidence,”  Nayak ,underlined.

Though the demonstrators observed and maintained guide lines relating to COVID, police said that they had violated section 144. These activists were released in the evening around 6.30 PM. 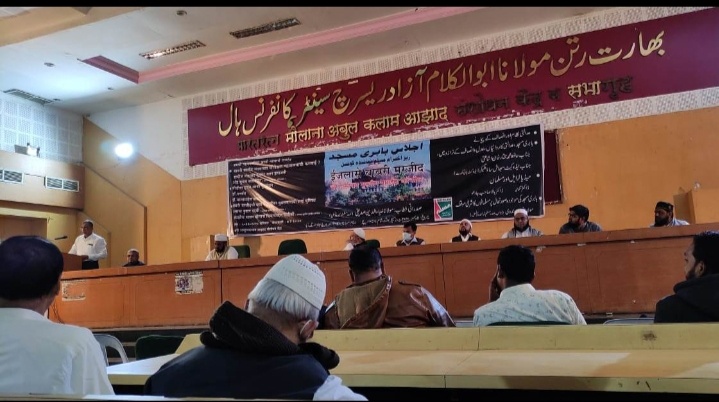 Police did not register any FIR against the detained persons but kept them around 6 PM in the evening and released them after registering their names and addresses.

While a Delhi police officer said that we have detained the protestors because of Section 144 of the Criminal Procedure Code is in effect due to the ongoing farmers’ protest, and the pandemic situation is still prevailing in the city.

Reports coming from different parts of the country said people observed the demolition anniversary as black day.  In Azamgarh, UP, Rashtriya Ulema Council held a protest meeting. Council leaders said 6th December is a black day in the history of independent India as the wings of the government allegedly collided in bringing down the mosque and turning it into a temple.

A protest meeting was also organized in Aurangabad (Maharashtra). While condemning the demolition act, speakers demanded that the accused must be brought to justice. They also said the mosque being built in lieu of the martyred Babri Masjid would be a “Masjid Zarar”( harmful). 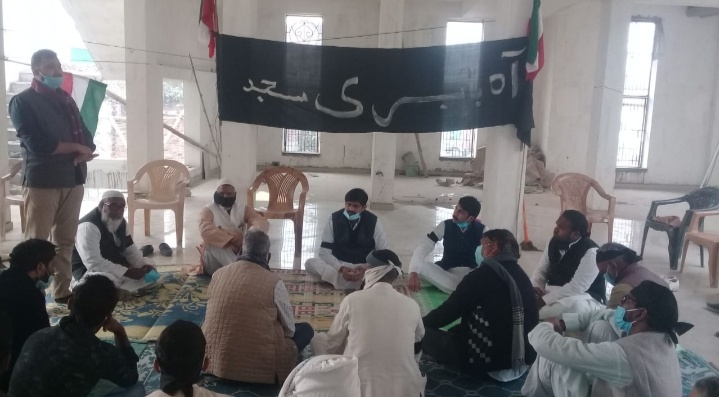 On this day December 6, 1992, a group of Hindutva radicals in the presence of BJP and Sangh Parivar’s top leadership as well as in the presence of huge force, had pulled down the historic mosque in Ayodhya but not a single culprit was punished till date.

It is to recall, last year on November 9, 2019, the Supreme Court had set aside all the evidence to hand over the piece of land where Babri masjid stood, to those who were involved in the mosque demolition.