After a letter from the police, the auditorium where the show was to be held has told organisers that it will not be able to provide a venue for the show. 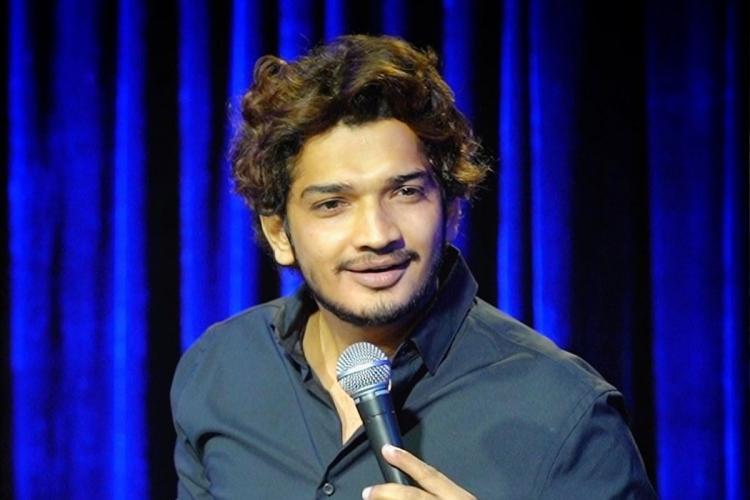 NEWS CONTROVERSY SUNDAY, NOVEMBER 28, 2021 – 10:39
In a controversial decision, the Bengaluru police have asked the Good Shepherd auditorium in the city’s Ashok Nagar area to cancel comedian Munawar Faruqui’s stand-up show, in light of threats from Hindu vigilante groups. Munawar’s show was to be held at the Good Shepherd auditorium on Sunday, November 28, and the organisers said that 700 tickets for the show were sold. Munawar Faruqui is a stand-up comedian from Gujarat, who was arrested in 2020 by the Indore police after a BJP MLA’s son said that the jokes that “he was going to crack” at a local show are offensive.
On Saturday, November 27, the Bengaluru police wrote to the organisers of Munawar’s show in Ashok Nagar that Munawar is a ‘controversial figure’ and in the light of threats on social media made by Hindu groups like Jai Shri Ram Sena Sanghathan and the Hindu Janajagruti Samiti, there could be a law and order issue if the show is allowed to be held.

Following the police communique and fearing police backlash, the auditorium has now told the event organisers that they will not give access to the venue for Munawar’s show, scheduled for 5 pm on Sunday.

An official from the Good Shepherd auditorium has said that the police sent them a letter asking them not to hold the show on Saturday evening. “Yesterday, I told the organisers that I received the letter and told them not to hold the show. I do not know the content of Munawar Faruqui’s jokes but I have asked them to come to me with police protection,” a manager at Good Shepherd auditorium told TNM on Sunday morning.

An inspector from the Ashok Nagar Police Station, in an official note to the organisers, said, “It is learned that Munawar Faruqui is a controversial figure as he has been in controversial statements and on other religious gods. Many states have banned his comedy shows. It is learned that a case has been registered against him in the Tukoganj Police station, Indore of Madhya Pradesh State Cr.no. 02/2021 U/s 295(A), 298,269, & 188 R/w 34 IPC and similar cases have been registered against him in many states. There is credible information that several organizations oppose this stand-up-comedy show performed by Munawar Faruqui, this could create chaos and could disturb the public peace and harmony which may further lead to Law and Order problems. Therefore it is suggested that you should cancel the Mr. Munawar Faruqui stand-up — Comedy show, At Good Shepherd Auditorium on 28.11.2021 at 5.00 pm.”

One of the organisers TNM spoke to said that starting Saturday, there was a sudden series of posts on social media calling for a ban or ‘attack’ on the show. “Instead of taking action on those calling for violence and maintaining law and order, the police are telling us to cancel the show. What we need is maybe just three or four police patrol vehicles outside the auditorium. He had performed in the city at the same auditorium earlier too and there was no incident of violence.”

“This just shows how communal Bengaluru is becoming and this will create an environment of fear. We are trying to engage with the authorities to somehow get the permission,” the organiser of the show added.

In January 2021, Faruqui was arrested by Indore police and was in jail for more than a month. After a complaint from Eklavya Singh Gaud (36), son of local BJP MLA Malini Laxman Singh Gaud, that Munawar “was going to crack offensive jokes,” the Indore police had booked him for the allegedly objectionable jokes that he did not crack. Earlier, in the period of September-November, his show was cancelled in Surat, Ahmedabad, Vadodara, Mumbai and Raipur following threats from Bajrang Dal. On November 13, after pressure from the Hindu Janajagruti Samiti, his show in Goa was also cancelled.

Meanwhile, civil society members have questioned the role of police in not upholding law and order and protecting free speech. Urging the same, city-based lawyer Vinay Sreenivasa reminded the Police Commissioner that it was the duty of the police commissioner to provide protection for the show. He cited a Supreme Court order passed in 2019 by a bench of Justice DY Chandrachud and Justice Hemant Gupta relating to a similar matter. The matter concerned screening of a film titled Bhobishyoter Bhoot which the West Bengal state machinery wanted to stop screening citing similar concerns.  The Supreme Court ordered that the Chief Secretary, Principal Secretary, Department of Home and the Director General of Police, State of West Bengal to ensure that adequate arrangements for security are made to facilitate the screening of the film and to ensure that the viewers and the audience are not endangered and there is no danger to the property of the theaters where the film is being or will be screened.