Badaun of Uttar Pradesh is in the limelight again after 8 years. In 2012, Nirbhaya was raped by a minor in the same district in Delhi. The priest gang-raped a Dalit woman along with two men at a temple in Ughaiti area here on Sunday. He was then murdered. Dalits are not allowed in the temple where the game of cruelty took place. The main accused in the crime is the priest absconding.

Maweli village is about 2 kilometers from Ughaiti police station in Badaun. The temple, 50 meters from the village’s main road, is where a 45-year-old Dalit woman was gangraped and murdered on Sunday. Now the temple has been taken over by the police. No one is being allowed inside the temple. The people of the village are either standing on the roofs or on the edge of the fields to watch the vehicles of the leaders and media. 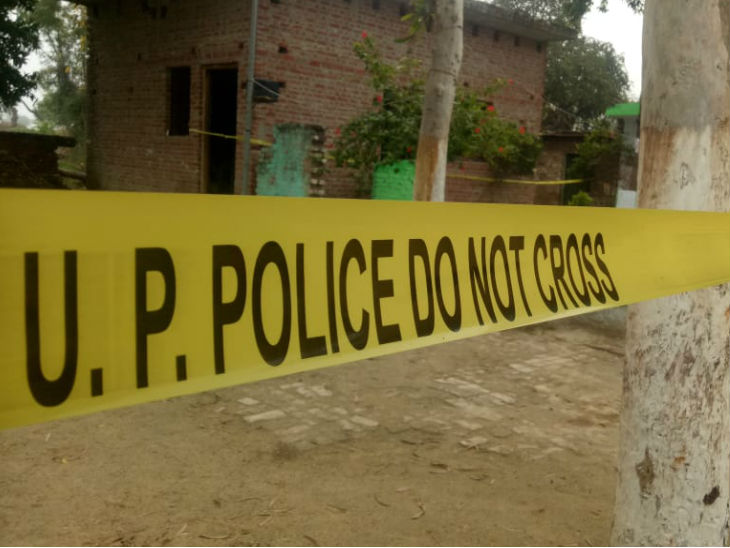 The place where the woman was murdered after the gang rape has been sealed by the police.

Not the entry of Dalits in the temple, the
village watchman Khchhu Valmiki says that when the incident took place, he was in the village itself. But, when the matter escalated, he came to know. They say, ‘We are Valmiki. We are not allowed to visit the temple. Nathu also lives in a house built near its temple. He says, ‘I am around 65-70. We did not see Valmiki and Jatavs going to the temple. ‘ Dalits are also not allowed to visit the temple where the gangrape took place. 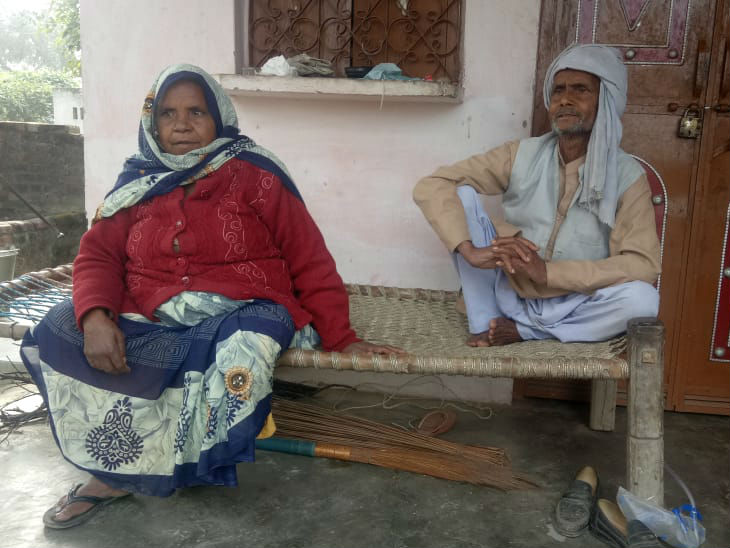 Nathu, who lives in the village, lives near the temple with his wife, he did not see any Dalit going to the temple.

He told, ‘We live alone at home. The daughter used to come on Sunday and leave in the morning on Monday. We taught the girl, then she got a job. She was running household expenses. The priest would not have run away if the police had listened to us. ‘ 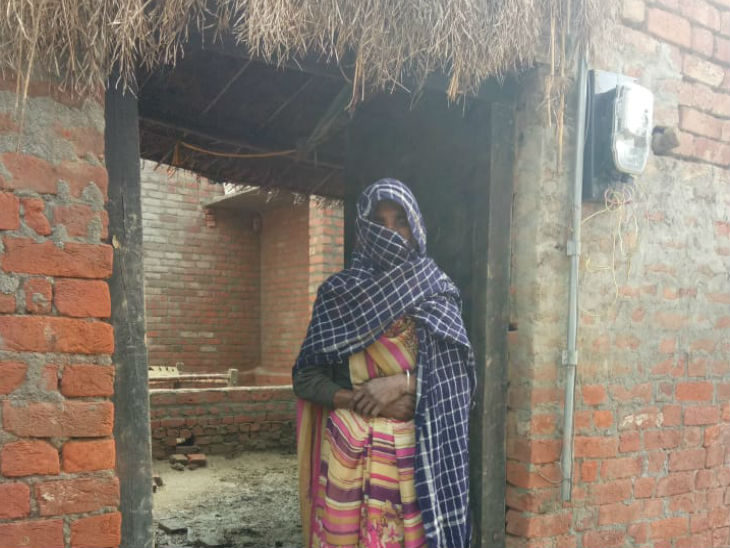 The victim’s mother said, “The priest in Thakurji’s temple has done such a vile act.”

Ompal, who lived near the priest’s house, used to come to the victim’s house , says, “The mental condition of the victim’s husband was not well. Because of this she used to go to the priest. The priest also used to do tantra-mantra. The victim’s mother also admitted that the priest was supposed to visit her.

Accused reached village 7 years ago,
Satyaprakash, accused of gang-rape of woman, reached village Maveli 7 years ago. He started living as a priest of the temple. Bantu Gupta of the village says that the priest’s conduct was fine for a few days. However, a man from the village saw the priest eating meat and drinking alcohol. When people came to know about this, they objected. But, Satyaprakash showed bullying. After this the people of the village stopped going there. 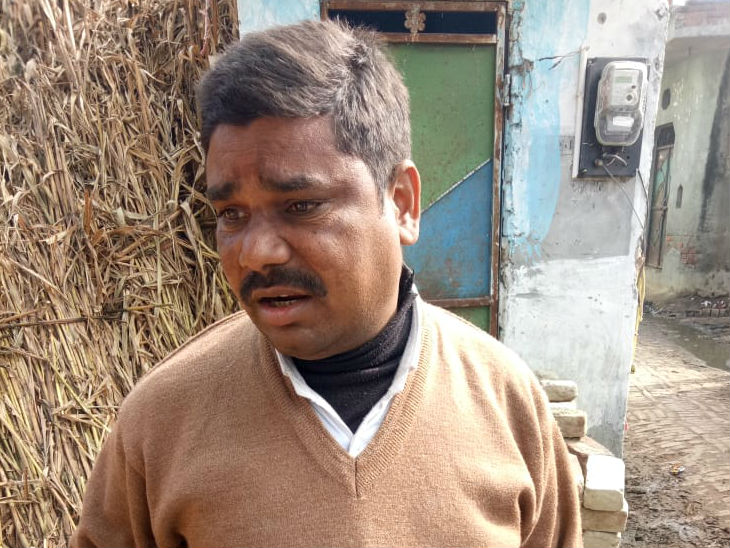 Bantu Gupta, a resident of the village, told that the priest had to go to the victim’s house.

Satyanarayan also used to do tantra-mantra as a priest. The villagers tell that the gangrape victim’s maternal uncle is in this village. She often visited the temple. On the day of the incident, she came to the temple from about 15 kilometers away.

DM is responsible for the temple
, postmaster Satish Chandra of the village says that Thakur Bhup Singh built this temple 80 years ago. He belonged to the only Thakur family of the village. He donated the temple and 20 bighas of land adjoining it at the last moment by forming a committee. Later, he dissolved the committee and gave the responsibility of the temple and land to the DM of the district. The administration made it a caretaker village man. After this the caretaker and priest kept changing. 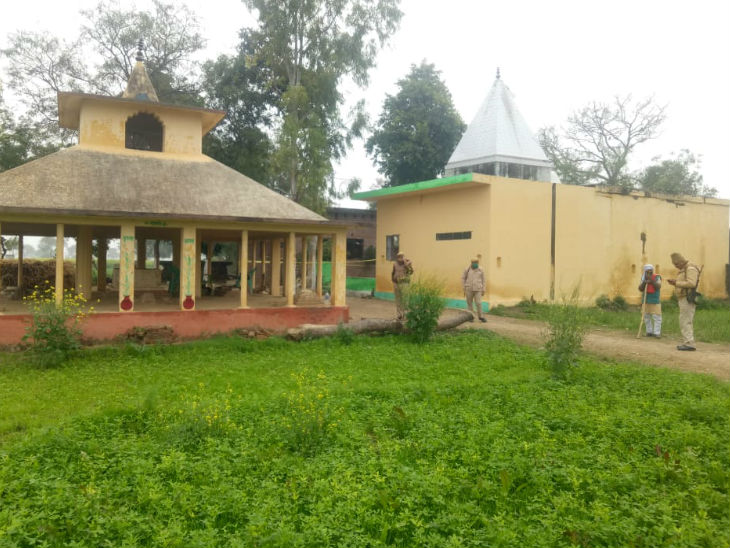 The DM present in the village is responsible for the DM of the district. Caretakers are deployed here on their behalf.

The victim’s house officials camped
at Kewali village, 12 km from Ughaiti, where the victim’s mother-in-law is. Walking a short distance, there is a 5 feet wide road on the right hand side, on which ballast and sand are lying. About 100 meters away is the victim’s home. The victim’s husband is in bed. Brother, two married sisters and her husband, two younger sisters are also present inside the house. Many people come in and take photographs. 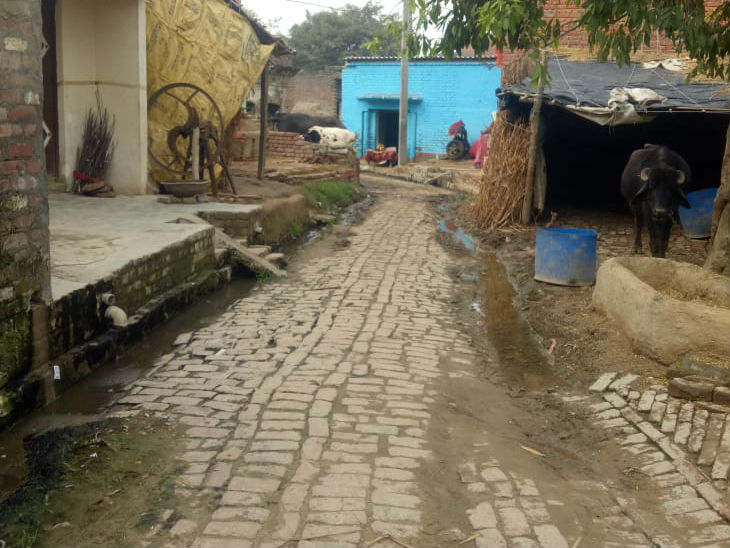 This is the way to the victim’s home. Her husband is in bed, while the son is studying for graduation.

The son said, don’t ask anything, I am tired,
SP and ADM were sitting with the Tehsildar in the courtyard of the house. The son came out after much calling. He said, ‘Don’t ask anything now I’m so tired. Ever since he has regained consciousness, he has seen the father working on the bed and the mother working. She used to run household expenses. This year the graduation form was filled, but the fees could not be submitted. The mother had said that the form has been submitted, the fees will also be submitted. Now how will the expenses of the house go? ‘ During this time, some people reached there and he began to narrate the tragedy to them. 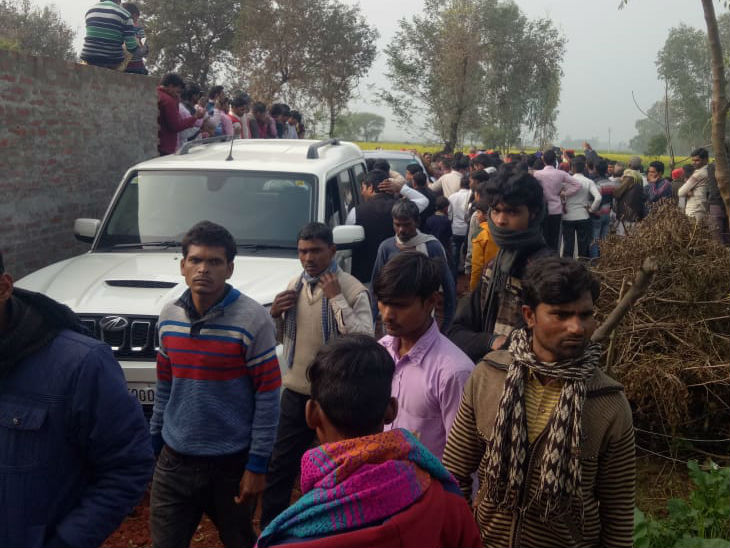 After the incident, there is a crowd of leaders and villagers outside the victim’s house.

Continuing the process of reaching the leaders,
former Badaun MP Dharmendra Yadav reached the victim’s house. He said, ‘The government has demanded a compensation of Rs 25 lakh to the victim’s family, a CBI inquiry into the case and a government job for the son.’ After his departure, Badayun’s current MP Sanghamitra Maurya was alerted to come. It was being discussed in the crowd that despite being a female MP, she came to meet the victim’s family after so long. 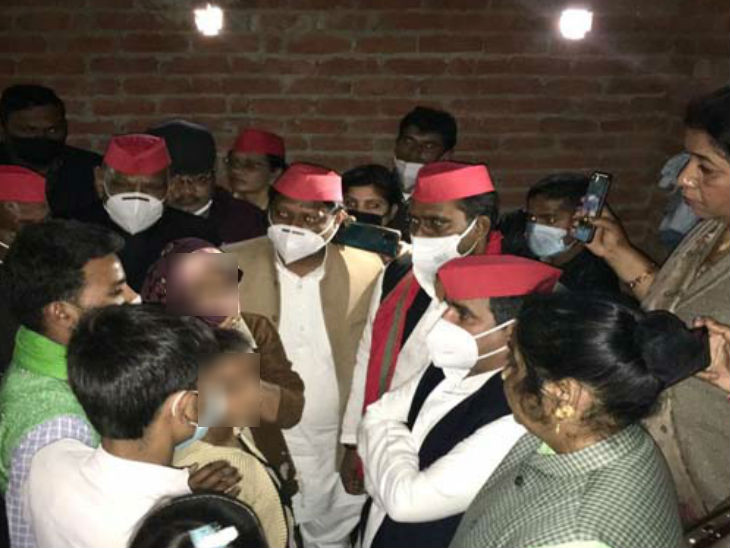