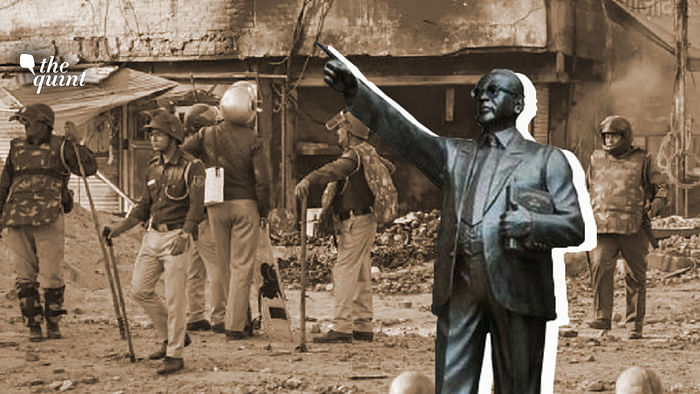 These were some of the slogans being chanted in Northeast Delhi on the afternoon of 23 February, according to a complaint received at the Delhi Police Headquarters a day later.

The Quint has accessed several such complaints related to the Northeast Delhi riots which indicate that the anger of one section of the pro-Hindutva side wasn’t just towards Muslims and anti-Citizenship Amendment Act (CAA) protesters but the Dalit community as well.

This story will provide excerpts from three such complaints, in addition to a video of self-styled Hindutva leader Ragini Tiwari in which she can be seen calling for a Dalit activist to be “cut down”. The story will also provide views of several experts on why such targetting of Dalits took place during the Delhi riots.

This is one of the first complaints related to the Northeast Delhi riots, filed on 23 February, the day when violence broke out.

After some time, Mr Kapil Mishra along with few of his henchmen who were armed with guns, swords, tridents, spears, sticks, stones, bottles etc gathered there and started chanting communal and casteist chants and slogans.

Kapil Mishra said ‘Those who clean toilets in our homes, should we place them on our heads?” The crowd replied “Certainly not!”