A narrow focus on jobs hides the grim realities of the status of the education infrastructure and the poor support that students from SC and ST communities receive to access the job market. 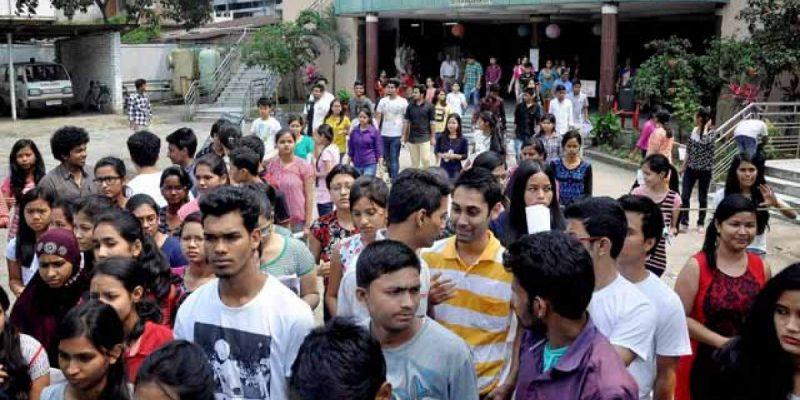 As the election campaign was raging in Bihar, a group of students and activists demanded the effective implementation of the post matric scholarship (PMS) scheme. The scheme has the potential to empower the Scheduled Caste communities as it allows students who are otherwise unable to access higher education to do so. However, it is plagued with several issues that prevent its benefits from reaching the most vulnerable populations of the country.

The ground realities are rarely reflected in the election campaigns of parties. It is heartening to see that government jobs have emerged as a key campaign issue in the Bihar elections. But a narrow focus on jobs hides the grim realities of the status of the education infrastructure and the poor support that students from SC and ST communities receive to access the job market. Attention needs to be paid to enable the conditions that are needed to ensure that SC/ST job aspirants have the requisite skills and knowledge to be eligible and qualified for these jobs.

Drop-out rates are much higher for students from the SC community at the secondary school level because many of them cannot afford to go to college and are forced to start working instead. According to the Unified District Information System for Education (UDISE) data for 2017-18, the national annual average dropout rate of SC students at the secondary school level is 21.8%. For SC students, financial support for higher education is indispensable.

The PMS scheme is one of the largest Central government schemes to support higher education for SC students. It provides financial assistance at the post-matriculation or post-secondary stage level to allow them to enroll in colleges and pursue higher education. Only those students, whose parents or guardians have an income from all sources that does not exceed Rs 2.5 lakh annually are eligible for the scholarship. The scholarship covers expenses towards compulsory non-refundable fees and a maintenance allowance of Rs 380-1,200 per month for hostellers and Rs 230-550 per month for day scholars.

Every year, lakhs of SC students apply for this scheme in a bid to improve their living conditions. However, despite the growing demand from SC youth for this scholarship, the allocation for the scheme is grossly inadequate. Analysis by the National Campaign on Dalit Human Rights (NCDHR) shows that the demand for Central assistance (CA) under the scheme by the states and Union Territories (UTs) has not been met, year after year since 2012-13. It should also be noted that allocation figures projected by the Centre often includes the arrears of the previous years and are not just budgetary outlays available for the present fiscal year.

The Departmentally Related Standing Committee Report on Demand for Grants (2018-19) of the Department of Social Justice & Empowerment (DSJE) observed that funds allocated every year for this scheme are substantially lower than the amount demanded. This mismatch has resulted in the accumulation of arrears. The average demand for CA from states/UTs is approximately Rs 4500-5000 crore per annum, which remains unfulfilled. This results in grave consequences for SC students and their hopes to pursue higher education. In the past two years, there have been demands by the Central government to the state governments to look into cases of corruption. But state governments have refuted all charges of corruption and have pointed to the nonpayment of arrears instead. Due to this long-standing dispute between the Central and state governments, thousands of eligible students have been left out of the ambit of the scheme, or face delays in getting the scholarship money.

Impact of COVID-19 on PMS

The situation has worsened with the ongoing pandemic and its effect on the economy. Much like other sectors, the education sector is severely affected by the economic downturn. But unlike sectors such as agriculture or business, education is not a priority for the government when it comes to providing financial relief packages. It should be noted that so far this year for the Ministries of Education, and Social Justice & Empowerment (MSJE), only 15% and 14% expenditure has been made, respectively.

Expenditure in MSJE has serious implications for schemes like the PMS. Unless urgently rectified, this implies that scholarships could be delayed for a very large number of students from the SC community, who are solely dependent on the PMS for continuing their education. In the FY 2020-21, allocation from the Union government for PMS was Rs 2987.33 crore. But in FY 20-21, between April 1, 2019 to July 31, 2020, only 31% of the total allocation, that is, Rs 922.13 crore had been released. Moreover, so far in FY 2020-21, only 11 states have received the funds under the PMS scheme from the Union government. No funds have been released to Bihar. Similarly, during the FY 2019-20, between April 1 2019 to March 31, 2020, the total PMS amount released to seven states from the ministry was only Rs 406.01 crore. Bihar was excluded from this also.

Indians who fall in the 14-18 years age group constitute 11% (100.2 million) of the country’s population. They form a huge chunk of our much-touted (and neglected) demographic dividend of 390 million millennials and the 12 million young people who join the workforce every year. What appeared to be the country’s strength a few years ago it a forgotten story today.

For students belonging to marginalised communities, education is the only way to positively harness their potential and avoid falling into modern-day slavery in the form of unskilled labour or poorly paid work. Several students have even had to resort to unskilled work under MGNREGA, serve as domestic help or work as casual labourers to ensure that they have some income to last through these difficult lockdown months due to the COVID-19 pandemic. Effective implementation of schemes like the PMS is thus crucial to ensure that they are not left behind in the development story. The Bihar budget for FY 2019-20 allocated Rs 3,149.44 crore under the Scheduled Castes Sub Plan (SCSP). Of this, schemes totalling to Rs 2407.84 crore (76%) have a direct benefit to SC students. The rest of the amount is ‘notional’, which means they are spent on schemes which do have any relevance to education. However, under the most critical scheme for students pursuing higher education the PMS, the SCSP allocates only Rs 118 crore for FY 2019-20. This is negligible as compared to the demand of the students in Bihar. Therefore, irrespective of whichever government comes in Bihar, it is critical that they prioritise demands of the students and their education. Dharamdev Paswan, Bihar co-ordinator for Dalit Arthik Adhikar Andolan, says, “We are hoping that the next elected government in the state will take the issues of the Dalit students and their demand for effective implementation of the scholarship, as this has affected the future of many young Dalit students.”

In this reference, key recommendations specific to Bihar are as follows:

Demand from the SC and ST Community:

As the country waits for the election results, the youth of Bihar want very much to be part of the development that every party has promised. Let us hope that the newly elected government keeps the aspirations of the youth in their mind while initiating policies and governing Bihar.

Beena Pallical is the general secretary of the National Campaign on Dalit Human Rights (NCDHR).