The family says that the police registered an FIR on the complaint, but instead of investigating it, we advised them to find the girls. 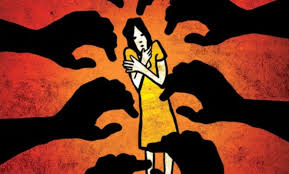 After the kidnapping and murder of two Dalit minor girls in Bihar, the police are facing serious allegations of negligence. The family says that the police registered an FIR on the complaint, but instead of investigating it, we advised them to find the girls. A few days later, the bodies of both the girls were recovered from a pokhar (pond).

What is the matter

Actually, this whole matter is of a village in Vaishali district. Where on January 2, two girls aged 14 and 16 suddenly disappeared from the house. Both girls were friends. The relatives of 16-year-old Bharti (name changed) and 14-year-old Usha (name changed) were reported to the police.

Although the police registered an FIR in the abduction section on a written complaint of the two girls disappearing together, it is alleged that instead of taking any action, the police lax the matter by advising the family to find themselves.

Dead bodies of both met in the pond

The bodies of both the girls were found in the pond about 1 km from the village, 7 days after the complaint was lodged. In this case of kidnapping, the family had registered a case against some boys from the village itself. After the initial negligence, when the bodies of both the girls appeared, the police appeared in action mode. Giving clarification in the case, the police said that necessary action was being taken after the FIR.

At present, the police, now claiming swift action, said that in this case of kidnapping, a section of murder will also be imposed. Videography of the medical team and postmortem will be conducted to investigate the rape.

However, a picture of police negligence has emerged in this entire development. The relatives are also pointing towards the same. The investigation of the case is going on, waiting for the medical report.