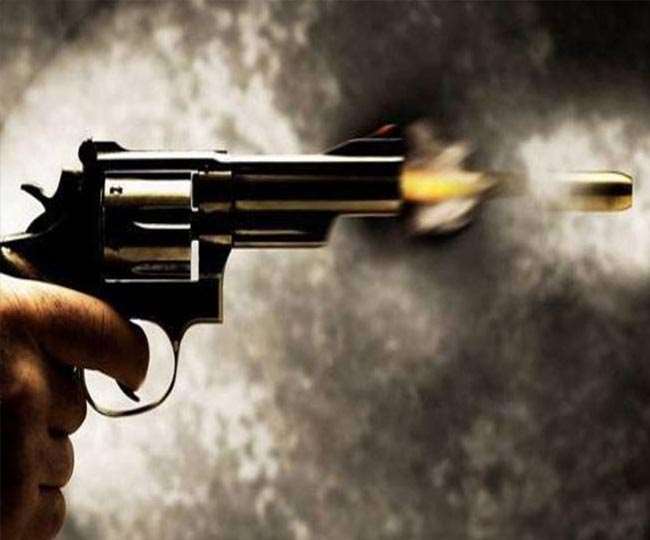 Arvind Ram, who was practicing running on Tuesday night in Asalpur village of Mau Chirayakot police station area, was shot dead by bike-riding miscreants to prepare for army recruitment. At around eight o’clock, the miscreants escaped after carrying out the incident.

Mau, jnn. Arvind Ram, who was practicing a race on Tuesday night in Asalpur village of Chiraiyakot police station area, was shot dead by bike-riding miscreants to prepare for army recruitment. At around eight o’clock, the miscreants escaped after carrying out the incident. At the same time, Aman, another running man, is missing. Angry villagers burnt Dial 112 vehicle, bike and police vehicle on the spot. At the same time, accusing the vicious crook Rahul Singh of shooting a mob, he set fire to a man’s straw in an attack on a particular caste colony. The miscreants severely injured and stoned retired teacher Kailash Singh. The incident of shooting the young man is linked to the village head Munna Rao Baghi massacre in September last year. Arvind Ram’s uncle is said to be a witness in the murder of Pradhan.

Enraged that police kept searching for dead bodies for hours

There was outrage among the people after the shooting and killing of a youth who was running for army recruitment in Asalpur village of Chirayakot police station area. The outrage was so intense that even after 3 hours of the murder, the police could not reach the dead body. After reaching the force of several police stations, Superintendent of Police Sushil Ghule himself stayed in the village. Despite this, the crowd of angry villagers was not taking the name of being upset.

The whole incident is linked to the Pradhan Munna Rao Baghi massacre that took place in broad daylight panchayat on 8 September 2019. Shambhu Ram, uncle of the deceased Arvind, is a witness in the Pradhan murders. The main accused Rahul Singh, who was accused of that murder, is still out of the grip of the police. Seven people were named in the murder case, in which six were arrested. The rumor market also continued to heat up late into the night due to the disappearance of two young men, Aman and Abhishek, who had been running with Arvind since his assassination in Tuesday’s incident. After the killing of a young man in a scheduled settlement, the boil was such that the people of another caste were forced to remain imprisoned in their homes. Here an angry mob threw stones at people’s homes, burnt police jeeps and bikes, set fire to a pile of straw.

On receiving information about the incident, the police of Chirayakot, Ranipur, Mohammadabad Gohna police stations reached there. The jurisdictional Nandlal and Superintendent of Police Sushil Ghule also stood on the spot. After much effort and persuasion, the ruckus subsided but the anger of the crowd persisted. The villagers had taken the dead body in their possession. Police kept talking to the people to capture the body till 11:30 pm, but the angry mob kept on arresting the attackers immediately.