Deaths of two Dalits due to cold in Bokaro and Gumla has sparked off a controversy, with schedule caste wing of Bhartiya Janta Party (BJP), accused failure of Hemant Soren-led government in providing blanket and other beneficial schemes to the poors in the state. BJP also announced to stage dharna in front of Governor’s house in Ranchi on January, 5 to bag attention of the government over such failure that causing the death of poors. The nights are cold these days, with temperature plummeting below 10 degrees Celcius.

However, the government denied charges of deaths of the two poors due to cold. The president of the schedule caste wing of BJP and Chandankyari MLA, Amar Bauri on Sunday visited Passi Tola of Surihi panchayat under Nawadih block where a 60-year-old man Raghu Passi died of cold and met his family members. He said that a BJP team has also visited Ambedkar Village in Palkot of Gumla district where a man Sukhan Nagrachi died of cold and provided help to his family.

Bauri said “they are demanding from government to provide Rs 4 lakh compensation each to the family of the deceased in Bokaro and Gumla. These incidents have exposed the failure of the Hemant Soren government in providing facilities to the poor people of the state. In Bokaro, about 50 families reside in that Passi Tola of Nawadih, of them, only two-three people have got blankets from the government. It is our BJP team who went and distributed blankets and provided food grains to the deceased family”.

He added, “the administration is trying to hide the matter, but failed, as we have approached and seen things with our eyes. The deceased family didn’t have ration cards and lacks pucca houses. I have asked the officials of the district administration to provide these Passi people ration cards soon, so that they can be benefitted from the government schemes, and also construct houses for them under Pradhanmantri Housing scheme. BJP is all set to stage dharna at Governor’s residence over these two deaths due to cold”. 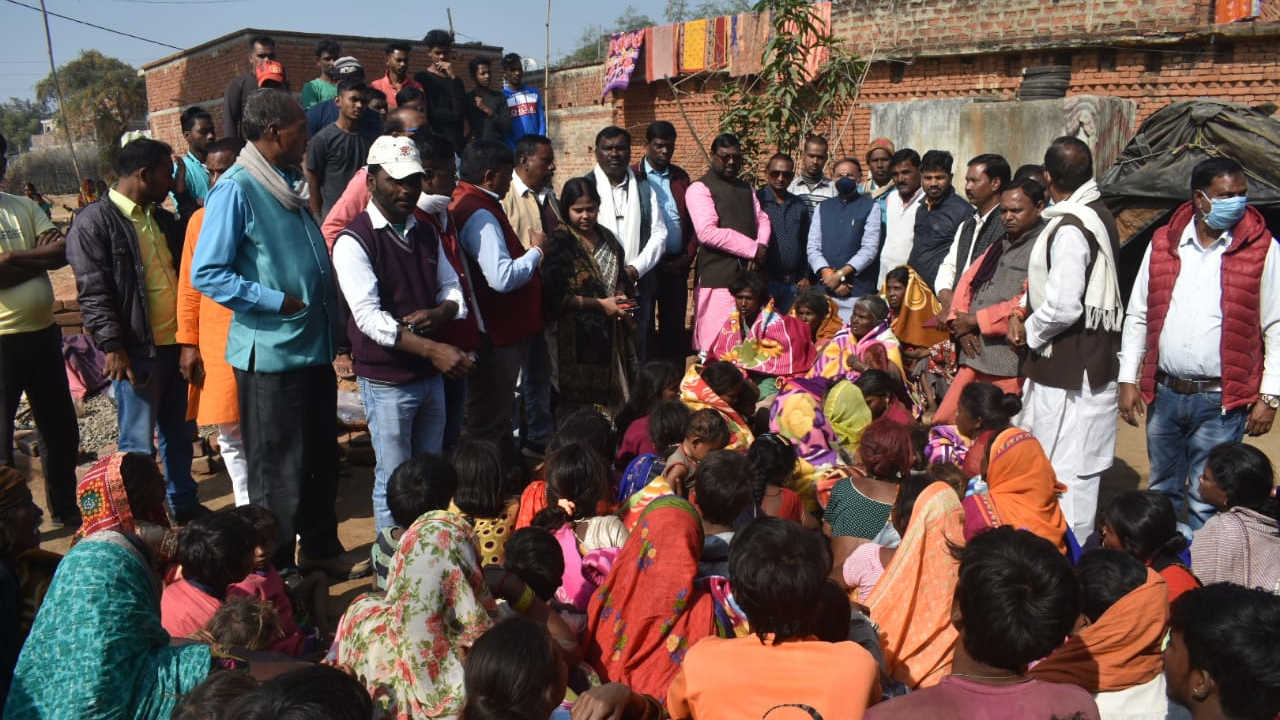 The BJP team visited the deceased house in Palkot in Gumla district.
“In Gumla also, the deceased Sukhan Nagarchi was found dead due to cold on Saturday. He left behind two small children and his wife. His daughter is one year old and his son is four years old. The deceased’s wife Rupa Devi told that the family does not have a ration card or a pucca house to live in,” said Bauri.

The place in Bokaro where the Passi found dead on the first night of New Year is located at a distance of four kilometers from the Nawadih Block. The administration has also sent a team led by an additional collector Vijay Gupta to inquire the matter. DC, Bokaro, Rajesh Singh said the team conducting site inspection found the deceased, Aadhaar card which identifies him as a resident of Jamtara district. He had come to meet his daughter-in-law about three days ago and was living near Budhan Pasi nearby.

DC also said, that it was told by Budhan Pasi that the deceased ate with them all and slept as usual in the nearby hut and died in the night. In the course of the investigation, the officers found government-provided blanket laying the bed on which he was dead. A bonfire was also found burnt at a few distances. There was no shortage of food for the family of the deceased. Food was found made in two stoves. There was no negligence.