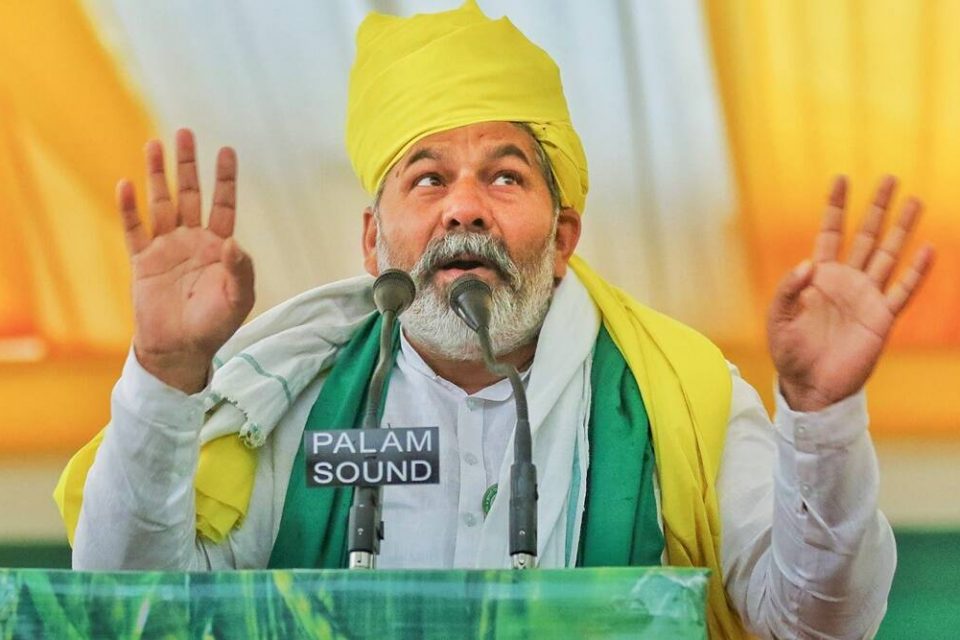 The announcement comes days after the farmers were accused of attacking Valmiki community members during the clashes with BJP workers.

“It is BJP’s purpose to divide people on the basis of their religion and caste. Whereas, BKU makes an effort to feed and unite everyone with a single thread. We have to take care of each other and for us there is no distinction. In movement we are all united,” Rakesh Tikait said ahead of the gathering.

Clashes had erupted between BJP workers and farmers at Ghazipur border during the passage of a party leader’s convoy, on Wednesday. According to BJP, farmers beat up party workers and damaged several vehicles when some Valmikis gathered to welcome their district leader Amit Valmiki near the elevated portion of the Ghazipur flyover.

However, the farmers maintained that the party workers had gathered near the stage and were sloganeering against Tikait. The situation soon got out of hand and the farmers were allegedly beaten up. FIR from both sides have been filed at Kaushambi Police Station.

While BKU has maintained that they will not take part in the upcoming UP elections, the mahapanchayats are bound to have a political impact. The farm laws have become a point of contention in Western UP due to the ongoing movement prompting political parties to devise strategies accordingly.