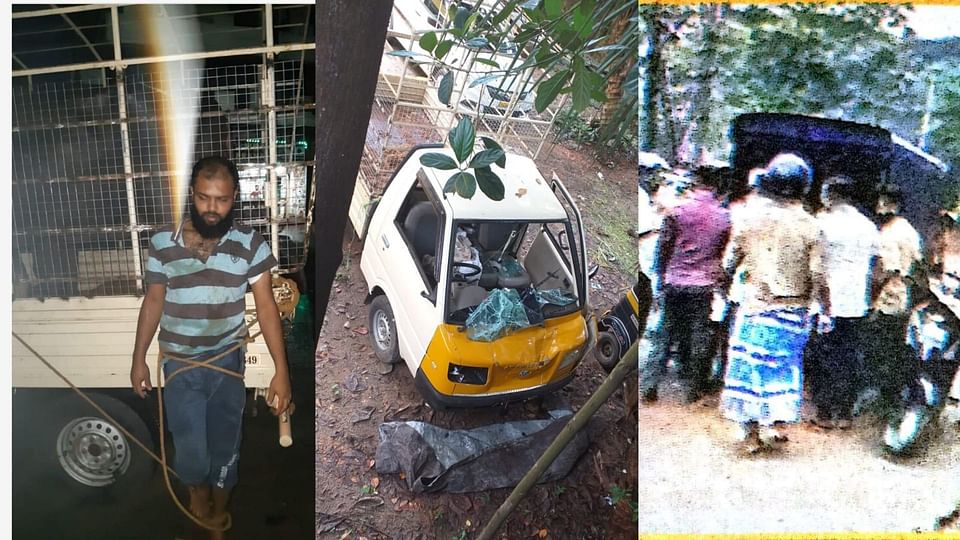 In 2 separate incidents, Muslim men legally transporting buffalo & its meat, were waylaid and thrashed in Mangaluru. FIRs have been registered in both cases.(Photo: Altered by The Quint)

A 57-year-old man, Abdul Rashid, was attacked by a group of men and his vehicle was vandalised when he was transporting buffalo meat from a slaughterhouse in Kudroli in Mangaluru to the Kankanady market in the city early morning on Sunday, 21 June.

Charges of criminal intimidation, wrongful restraint, rioting among others have been made against 5 youths for the attack on Rashid, who has been transporting meat in his auto for the last decade.

A week ago on 14 June, 34-year-old Mohammed Hanif, a cattle and poultry trader was attacked while taking 4 buffaloes for slaughter to Kudroli, as he has for many years. While Hanif claims that he was attacked by 10-15 men, the FIR has been registered against 6 unknown persons on ‘diluted’ charges, he said. The accused, believed to be from the Bajrang Dal, have been released on station bail.

“There were men with rods, swords and sticks and they started hitting me on the head and back. There were around 15 people. They tied me to my own tempo and were abusing me. Even though many people were standing around, nobody came because they had weapons.I was trying to run away when police came.”

VHP regional secretary Sharan Pumpwell reportedly called Hanif an “inter-state cattle thief” and said “Bajrang Dal members intercepted the vehicle but were not involved in moral policing” at a press conference on 20 June.

Calling the certificate shown by Hanif fake, Pumpwell said that “some angry locals might have attacked Hanif”.

Despite being in possession of sale deeds and permits, police officer Narayana of the Uruwa police station booked a suo moto case against Hanif for theft, and various sections of the prevention of animal cruelty act. Hanif also wrote to the Mangaluru police commissioner on 17 June, claiming that his testimony has not been accurately recorded by the police. He is currently out on bail.

“Police Did not Take my Statement”: Hanif

According to the FIR, a number of unidentified men reportedly followed Hanif from behind and intercepted his vehicle.