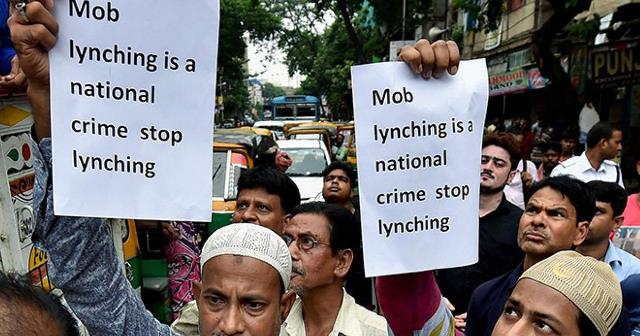 People are trapped in history and history is trapped in them. James Baldwin

Leaving aside the economic and educational position of Muslim minority in India, the question that needs address here is: Are Muslims safe and secure in contemporary India? The answer to this contentious question is: No! This can be verified by a chain of incidents and episodes that happened from time to time to them in the contemporary India.

History bears witness to the ill-treatment of Muslims in India. Right from the Partition in 1947, Muslims have been subjected to physical torture, communal prejudice, and hatred on the basis of their faith. 1983 Nellie massacre of Muslims in Assam by Lalung tribespeople, Hashimpura massacre in 1987, Bombay riots in 1992, Gujrat riots in 2002, Muzaffar Nagar riots in 2013 and the recent Delhi riots are some of the major incidents in which Muslims were ill-fated. These incidents bear testimony to the sad and sorry plight of Indian Muslims in India.

The pace of these violent incidents against Muslims accelerated from the last few years. Ultra-Hindu nationalists and communal miscreants use multiple means and excuses to victimize them. Excuses and reasons range from love- Jihad to other illogical issues and whims. Atmosphere in India is rife with anti-Muslim moves and all that. Sometimes they are dubbed anti-national for not chanting ‘Bharat Mata Ki Jai and Jai Shri Ram’. Sometimes they are intimidated to flee to Pakistan. All this is happening in the so-called democratic and secular India.

The religious places of Muslims are in constant threat. The demolition of the Babri Masjid on 6 December 1992 by Vishva Hindu Parishad activists and other allied communal organizations is one such example. The Ajmer bombing attack on 11 October 2007 was another heartless attack. On 22 October 2010, Anti-Terrorism Squad of India confirmed four of the five suspects were connected to the Hindu group Rashtriya Swayamsevak Sangh (RSS). Recently Delhi riots saw the partial demolition and devastation of Mosques, the Muslim religious places. Attack on these places of worship and prayer signify the ill-will of those who attacked them. Besides this, it represents a communal mentality of the people who are always out to harass and target religious minorities. These incidents should not have happened in secular and democratic India. The occurrence of such attacks has earned a bad name for India Internationally.

Media terror against Muslims is the worst in contemporary India. The sold out media leaves no stone unturned in targeting and stereotyping them. This sold out media holds them responsible for every bad thing that happens every now and then because of some miscreants. The irony of the fact is that recently Muslims (Tablighi Jamaat) have been held responsible for the spread of COVID-19 pandemic by this sold out media here in India. They are made scapegoats every time. Recently a young Muslim youth returning from Tablighi Jamaat Markaz in Madhya Pradesh has been beaten in north Delhi’s Bawana by the extremist Hindus. He was suspected as COVID-19 positive and for hiding his travel history. This is the fate of Muslims in India. They are beaten and lynched on mere suspicion. Because of this anti-Muslim and antagonistic atmosphere, Muslim minority in India fear for their lives.

The heinous crime perpetrated against Muslims at present in India is that of mob lynching. These lynchings are executed by cow vigilantes. Muslim youth are arrested for false allegations of smuggling cows. After these allegations, the so-called cow vigilantes in a broad day light lynch them without any fear and fret of legal actions against them. This is a state sponsored crime. Had there been any solid law against these lynchings, the extremist and communal goons would not have dared to lynch innocent Muslims so freely.

Many Muslim men have been lynched from time to time by cow vigilantes merely on the suspicion of cattle smuggling and cow slaughtering. This signifies that in comparison to the life of a cow, the lives of Muslim men have no value in India. The first lynching of Muslim man at the hands of cow vigilantes occurred in September 2015 in Dadri. Fifty –two-year-old Mohd. Akhlaq was suspected of killing a calf, and storing beef in his refrigerator. A mob attacked his house hours after the festivities of Eid-ul-Azha, dragged him out of his bedroom and trashed him to death.  Among the accused, one was the son of BJP leader. One of the accused, Ravin Sisodia, died in police custody, allegedly due to dengue. His body was wrapped in Tricolour and compensation of 8 lakhs was given to his family. Other 15 murder accused, out on bail, have been given job at the NTCP.

Another Muslim lynching happened in 2017 called Alwar mob lynching. The mob murdered Pehlu Khan, a dairy farmer from Haryana. This was allegedly done by a group of 200 cow vigilantes affiliated with right-wing Hindutva groups. Six others who were accompanying Pehlu were also beaten severely. Another heinous incident occurred in Dec 2017, in Rajasthan when Afrazul was burnt alive by Shambhulal Regar. Regar released the video of this inhuman act. Hindutva group rose in defence of Regar, collected more than 3 lakh rupees for his wife. But no one stood for the family of the deceased. This is very tragic and ironical. People should have stood for Afrazul and his family. But ironically they did not.

We have countless incidents of this nature. These incidents signify that Muslims in India are vulnerable to lynching, prejudice and communal violence. The ill-treatment of Muslims falsifies the concept of Ganga-Jamuni-Tehzeeb.

Muslims have equal right to live in India with dignity and without fear. They have sacrificed their lives like others in freeing India from the yolk of the Britishers. Muslims who are living at present in India did not leave India for Pakistan at the time of the Partition. They did so because they love India. Had they been communal and parochial, they would have left India at the time of the Partition. But they did not.

Shun intolerance and hatred. Let’s learn to live with love, mutual respect and sympathy. Let peace prevail everywhere. Let everyone live with dignity and respect. Every community, every religion, and every caste is important for the health of democratic India. Religious and cultural pluralism is the hallmark of any democratic country. Safeguarding the rights, religious places and lives of minority communities should be the priority of any democratic country. This will surely prove good and satisfactory for the International recognition of the country. Shun violence against minorities. Win their hearts and let them live according to their wishes, volitions, and belief system. Respect the democratic and secular ethos of India by avoiding violence against religious minorities!

Postscript: A Muslim murdered on the road is dubbed a suspect. And mutilation and murder of another Muslim goes viral. The hawks whistle, clap and cheer. India has changed beyond recognition. Zia Us Salam