The Nepalese government has established an independent high-level committee to investigate the killings of six young men, including four Dalits, whose deaths drew condemnation from the UN human rights chief.

The alleged attack is understood to have taken place after Nabaraj, a Dalit from Jajarkot district, visited the home of his girlfriend, Sushama Malla, 17, who is from a higher caste, with a group of friends. It is understood he was planning to take her back to his home town to avoid the arranged marriage her parents were planning.

Witnesses said that when the group arrived at Sushama’s home in Soti village, Rukum district, the girl’s family started shouting at them to leave. When they did, witnesses report that they were followed and chased by a mob into a river, where the bodies of the men were later discovered.

So far 29 people have been arrested in connection with the deaths, including Sushama, her parents and a village leader. 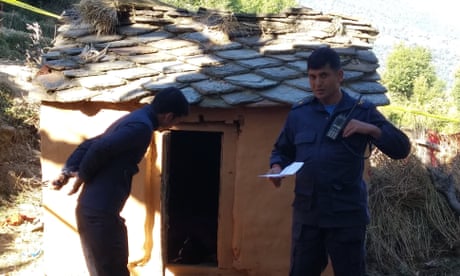 Under pressure from Dalit groups, the Nepalese government set up the committee on Monday to look into the deaths, alongside the police investigation. Activists fear the police will not treat the deaths of the four Dalits seriously. The committee must report back after 30 days.

“They [the government] are trying hard to prove that it was not due to caste-based discrimination,” he said.

Parbati BK, a Dalit rights activist and politician from Jajarkot district said: “Nabaraj BK wouldn’t have been murdered if he was from an upper caste.”

Urmila BK, Nabaraj’s mother, said Sushama had told her son that her parents were arranging her marriage to another man, and had asked Nabaraj to come to the house.

“She [Sushama] used to come to our house, stay and eat with us. They looked happy with each other but her parents were not happy,” she said. Sushama’s parents had told Nabaraj he couldn’t marry their daughter because he was a Dalit. “But she did not stop calling my son. I wish they had stopped talking to each other after that and this day would not have come.”

Urmila said Nabaraj, one of four children, had just passed the physical exam to join the police force. “We were so happy thinking our poverty has gone and a better day has come. But they killed my son,” she said.

Discrimination on the basis of caste was outlawed in Nepal in 2006. But discrimination against people from lower castes is still common. The Nepal Monitor, a Nepali human rights organisation, has recorded 26 cases of caste-based discrimination or violence so far this year. The actual number of cases is thought to be much higher as most go unreported.

On the same day as Nabaraj’s death, it emerged that a 12-year-old Dalit girl was found dead in another part of the country. She had reportedly been forced to marry a man from a different caste who had raped her. The marriage was understood to be the man’s punishment.

“Most of the Dalit murder cases are due to love affairs or marriage to upper castes,” said Bishwo Bhakta Dulal (Aahuti), a Dalit activist.

“Nepali society is based on caste system. This is the reason, despite constitutional guarantees, impunity for caste-based discrimination and violence remains high,” Aahuti added.

The UN high commissioner for human rights, Michelle Bachelet, condemned the latest killings and the discrimination against the Dalit community.

In a statement, she said: “It is distressing that caste-based prejudices remain deeply entrenched in our world in the 21st century, and I am filled with sadness for these two-young people who held high hopes of building a life together despite the obstacles presented by their accident of birth.”

… we have a small favour to ask. Millions are flocking to the Guardian for quality news every day. We believe everyone deserves access to factual information, and analysis that has authority and integrity. That’s why, unlike many others, we made a choice: to keep Guardian reporting open for all, regardless of where they live or what they can afford to pay.

As an open, independent news organisation we investigate, interrogate and expose the actions of those in power, without fear. With no shareholders or billionaire owner, our journalism is free from political and commercial bias – this makes us different. We can give a voice to the oppressed and neglected, and stand in solidarity with those who are calling for a fairer future. With your help we can make a difference.

We’re determined to provide journalism that helps each of us better understand the world, and take actions that challenge, unite, and inspire change – in times of crisis and beyond. Our work would not be possible without our readers, who now support our work from 180 countries around the world.

But news organisations are facing an existential threat. With advertising revenues plummeting, the Guardian risks losing a major source of its funding. More than ever before, we’re reliant on financial support from readers to fill the gap. Your support keeps us independent, open, and means we can maintain our high quality reporting – investigating, disentangling and interrogating.