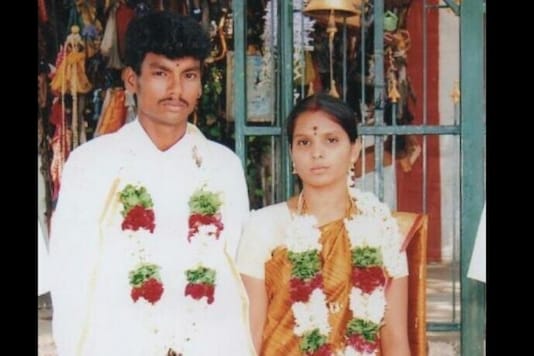 The Madras High Court on Monday acquitted the prime accused and modified the death sentence awarded to five others in 2016 honour killing of a 22-year old man in full public view in Tamil Nadu’s Tirupur district.

The court’s order comes more than two and a half years after a lower court convicted and awarded death sentences to all eleven accused in the case.

Passing orders on appeals, a division bench of Justice M Sathyanarayanan and M Nirmal Kumar acquitted B Chinnaswamy, father of Kausalya, whose husband Shankar was hacked to death in front of her in Udumlapet town and relieved him from all charges including that of criminal conspiracy.

Speaking to reporters, Kausalya said the verdict shocked and disappointed her at the same time. She went on to draw a narrative around a series of verdicts on the case. “First, Annalakshmi was freed. Now, Chinnasamy’s sentence has been commuted. the others have got their death sentences turned into life sentences. The appeal against the judgement in Annalakshmi’s case has been set aside…”

She also said the high court’s decision to put out the verdict at this time, when the country is battling a public health emergency, raised many questions.

The High Court also confirmed the acquittal of Kausalya’s mother and two others.

The court also ordered release of all those acquitted who are presently under incarceration if their custody is not required in connection with any other case.

On December 12, 2017 the Tirupur district sessions court sentenced six people, including Chinnaswamy to death for the murder. The other accused were also ordered death penalties after varied jail terms.

Speaking to CNN News18, a lawyer who had appeared for Chinnasamy said that the “conspiracy and instigation by him (Chinnasamy) to the assailants who perpetrated the crime has not been properly established by the prosecution.” According to the lawyer, the role of the mother (Annalakshmi) was not accepted even at the trial court. Now, at the Madras High Court, the father’s role was not established in court. “The instigation could have been by anyone… so conspiracy theory is broken..”

In the annals of Tamil Nadu’s caste history, the Kausalya-Sankar murder remains a gory flash point.

Sankar, a Dalit and native of Kumaralingam near Udumalpet, fell in love with non-dalit Kausalya, while they were studying in a private engineering college in Pollachi.

They got married against the wishes of her parents following which the family alleged hatched a conspiracy to eliminate them.

On March 13, 2016, a three-member gang hacked Sankar to death. Kausalya also suffered injuries in the attack.

Of the 11 accused, six were sentenced to death. Three others, including her mother, maternal uncle and a 16-year old relative were acquitted of all charges while two others got lesser sentences.

Challenging the death sentence awarded to them, Kausalya’s father Chinnasamy and the other moved the appeal.

Similarly, the investigation officer also moved appeal against acquittal of Kausalya’s mother and two others by the trial court.

The bench sentenced the five other accused to life imprisonment for a minimum of 25 years without any right to remission.

Chinnaswamy and the others had been sentenced to death by a lower court in connection with the horrific daylight killing which was caught on camera and evoked public outrage.