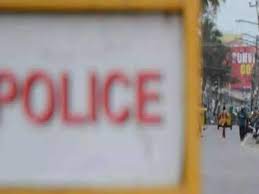 Manoj Jatav’s son Patiram, resident of Nagla Naya Deewani Road in the city, told in the report lodged in the Kotwali that he takes a contract to install tandoor in weddings. Nitin Saxena, a resident of Elau, works as a confectioner. On the night of last November 14, he was working with Gunnu Halwai at a marriage home on Chandeshwar Road in the city. Then around 1 o’clock in the night Nitin Saxena came there with two youths and abused them. During this, the accused thrashed her with a hot rod lying there. Hearing the noise, the people present in the marriage home saved him. On the complaint of the victim, the police registered a case against Nitin Saxena confectioner and his two other associates and started searching for the accused.

Note: This news piece was originally published in the hindustan.com and use purely for non-profit/non-commercial purposes exclusively for Human Rights objectives