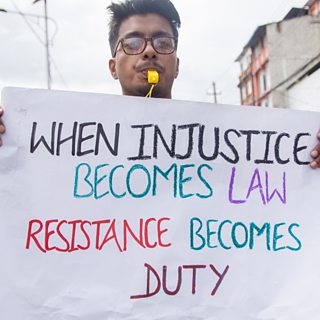 A landmark case against a tech giant in the US has made news recently. Regulators in the state of California sued IT firm Cisco for allegedly discriminating against an Indian-American employee on the basis of his caste. The company has denied the allegations. Caste system, which is outlawed in India, is a social ranking practice, which determines the work you do, the religious practices you can follow and even the relationships you can have. Those at the bottom rung of the system are often referred to as ‘untouchables’. And with many Indians migrating to the US for better job opportunities, caste bias has become an uncomfortable reality there as well. In this edition of WorklifeIndia, we look at India’s unwanted export, and how Indians working in tech firms in the US feel discriminated against because of their caste.