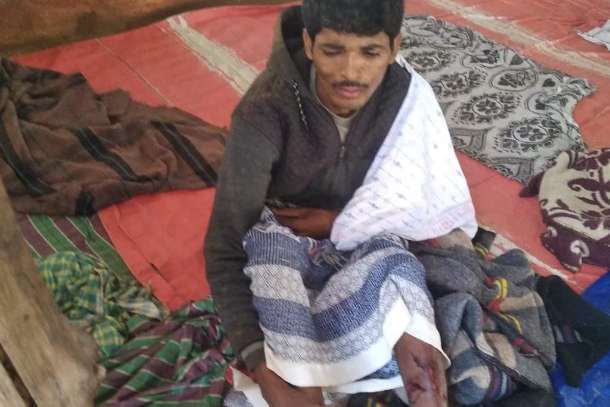 Police are investigating a violent attack on indigenous Christian villagers in India’s Chhattisgarh state in which 15 persons were injured, four of them seriously.

The seriously injured have been admitted to a government hospital and the rest were discharged after receiving first aid following the Nov. 25 attack

“The Christians were attacked at 2am while they were asleep after a community function in their village of Chinghavaram, under Gadiras police station, in Sukma district,” Pastor Chinnam Wycliff Sagar told UCA News on Nov. 26.

“A group of close to 50 attackers armed with iron rods and lathis [sticks] attacked them without any provocation.”

Police registered a case against 16 persons and began a probe into what they believe is a case of revelry that turned violent.

Christian groups, however, denied the police version and said it was a communal attack on the Christians to force them to give up their faith in Christianity.

“Our people were attacked for their faith in Jesus,” said Pastor Moses Logan, president of Chhattisgarh State Christian Welfare Society.

“The indigenous Christians in the state are under pressure from right-wing Hindu groups and others opposed to Christianity to give up their faith, but still they are holding on with their faith. This kind of attack is an attempt to terrorize Christians. We will not give up our faith under such threats.”

A senior officer from Gadiras police station said 45 police personnel had been deployed in Chinghavaram village to ensure peace and harmony.

He confirmed that 16 persons have been named in the first information report and a search for them is underway. “We are hopeful of nabbing them in a day or two,” he said.

Chhattisgarh chief minister Bhupesh Baghel denied media reports that the attack on the Christians was connected to religious conversion.

Baghel urged people not to communalize the violence, saying it was the outcome of revelry among the villagers.

Christian leaders, however, said persecution against Christians has increased drastically in Chhattisgarh under the rule of the secular Congress party.

Congress party came to power in 2018, ending the 15-year reign of the pro-Hindu Bharatiya Janata Party (BJP) in the state.

The state government, Christian leaders said, did not take the complaints of Christians seriously for fear of branding the government as minority-friendly.

Christians make up 1.92 percent of the state’s population of 30 million. Hindus account for 93.25 percent including indigenous people demanding a separate religious identity away from Hinduism.

Chhattisgarh has become the third most dangerous state for Christians in India after Uttar Pradesh and Tamil Nadu, according to the latest report of Persecution Relief.

In the first nine months of 2020, the state recorded 39 incidents of persecution, up from 21 in the entire previous year, said the Christian group.