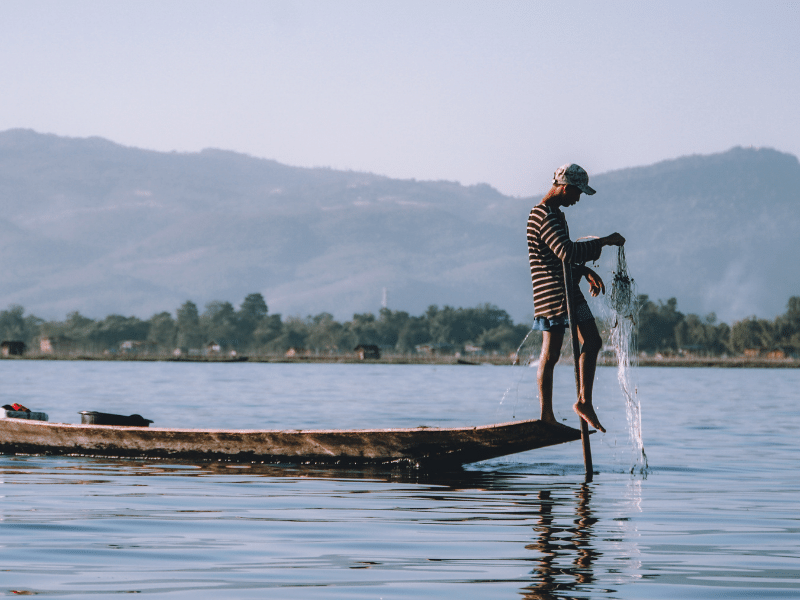 01/14/2021 Myanmar (International Christian Concern) – In terms of topography and culture, Myanmar is a very diverse nation. Although some states do represent the eight major ethnic groups, many sub-ethnic groups and other minorities are spread out in various states or regions. As National League for Democracy (NLD) party led by Daw Aung San Suu Kyi won another 5-year term with a landslide victory, the election result showed a shared commonality among the population: people in Myanmar—from various background, situations, issues, and problems at local levels—want this government. ICC spoke with people across the country and learned about their expectations from this government.

Rev. Dr. Zaw Win Aung, Mandalay district superintendent from Methodist Church, said to ICC, “I welcome and congratulate the NLD party’s landslide victory. First of all, NLD managed to conduct successful elections during this kind of difficult time for the country. Secondly, this victory came from their continuous efforts to deal with all the ongoing issues. As a result, they even won back some of the constituencies they lost last time.”

He added, “To talk about my expectations for the next five years, I must start from the last five years. This government truly cherishes the different religions in the country. They carefully promoted free education for all, which is a good thing to avoid religious conflict in the future.”

The election opens up new opportunities for Christian leaders. According to Aung, many high-level officials, including the vice president, would not have had the opportunity to rise in the ranks before, given their Christian faith. Aung feels that this government genuinely pays respect to important religious holidays. In the past, these were treated merely as holidays. Under this administration, Christians have been able to take leading roles in organizing Christmas events in their cities. People are not scared of the government officials anymore.

Mandalay is the second-largest city in the country, a city where Buddhist culture is prominent and very influential to the nation. A tension moves throughout the city, which is the center of both religious conflict and interfaith collaboration. Many are working hard to prevent religious conflict. Yet, others still believe that Christianity is a foreign religion despite the presence of Burmese Christians living among them. There, Buddhist extremists dwell alongside Buddhist pacifists and activists–those who focus on the meditation of Buddha’s law and promoting harmonious living among different religions.

Looking ahead, Aung is hopeful for the new changes that are to come, but there will be challenges ahead in the religious freedom arena.

Christians Remain Hopeful for the Future

01/15/2021 Myanmar (International Christian Concern) –The National League for Democracy (NLD) party has won another 5-year term with a landslide victory, and Christians in Myanmar are hopeful for the future. The party has already demonstrated that it is willing to improve religious freedom (see part one), and it just may unite some of the more contentious regions.

Yangon is the largest city and economic center in the country, where eight million people reside. Many Christians from various denominations are among them. In Yangon, different ethnic and religious struggles emerge that are unique to this region. For ethnic Indians and Chinese, being both a minority and a Christian creates a double challenge in their lives.

One ethnic Indian pastor named Johnson told ICC,  “When it comes to religion, [Myanmar] is still in a fragile stage. In NLD’s election manifesto, there was no item related to religion, but indirectly the party did mention the necessity of human rights promotion. I believe religious freedom is already included in human rights. One thing that I am looking forward to is NLD’s abolishment of Myo-Sount-Ubaday (Race and Religion Protection Laws), laws that have been hindering religious freedom. There are two things that are really needed to amend those laws: First, Religious Conversion Law, which intentionally controls human rights. Everyone has the right to express whatever they believe. As long as no one is pressured to convert to another religion, this right should be granted to every individual. In my opinion, religious conversion is not a concern of the government. Therefore, I would like to see this law being amended in this upcoming parliamentary session.”

For believers like Johnson, this new leadership change represents hope for the future, but first, changes must be made.

He added, “In relation to this issue, it is quite difficult to obtain the National Registration Card. There are a lot of restrictions regarding different ethnicities and religions. Yet, there should be a lot more flexibility so one can identify with his/her religion on the identification card. I hope this government will offer flexibility.”

Johnson went on to express his wishes to see free marriages between people from different faiths. Even though the Interfaith Marriage Law only targets specific groups of people with certain religious backgrounds, this law undermines human rights. He believes that people should have the freedom to express their love to their counterparts, regardless of their religion.

He also expects the government to grant more licenses for pastors to conduct wedding ceremonies. When people from the same faith marry at church, the documentation shows an understanding among them. However, it is not an official document since licensed pastors are too few and demand is too great. Therefore, he hopes that the judiciary courts can grant more licenses for pastors and validate marriage certificates issued by churches to be official.

Finally, Johnson says that the Burmese government has taken many properties and social services such as schools and hospitals from the churches. He thinks these properties should be returned if the government no longer uses them. Also, he believes that the NLD government should give back the right to own land and be more flexible about granting permits for building religious structures.

Although religion may be a sensitive issue in this country, Christians hope that the NLD will grant permission for these rights as a government that prioritizes human rights and equality.