Hindu extremists pressure police to jail them for a month.

By Our India Correspondent 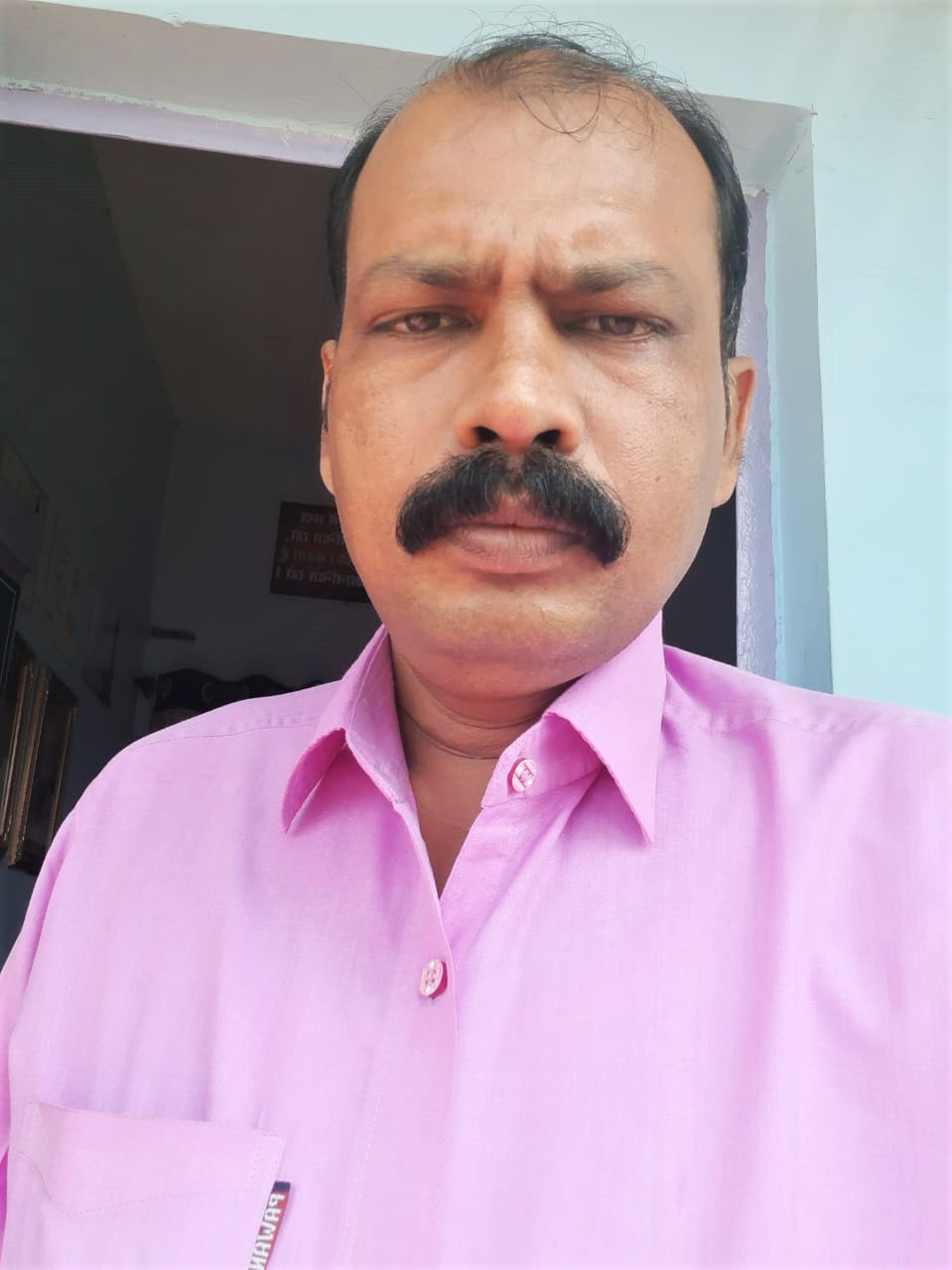 Hindu extremists in Madhya Pradesh state had pressured police to detain the friends at a private party based on a complaint of conversion by allurement at the gathering by someone who was not even present at the home where it took place, one of the pastors said.

Based on a complaint by Baholi village resident Deepak Patle, police in Lalbarra, 16 miles from Balaghat, arrested from Bagholi the head of the family at whose home the event took place, Chattarsingh Katre, 46, pastor Mahendra Nagdeve, 48, and pastor U. Nathan. Patle accused them of trying to convert him and others by allurement at what he mistakenly described as a Christian meeting on Jan. 27.

Katre and the pastors roundly denied the allegations and tried to register a counter complaint, but police refused, asserting that they would only invite more trouble for themselves from Hindu nationalists by doing so, Pastor Nagdeve said after his release from jail on Feb. 25.

“The police recorded the statements of the complainant and the ‘witnesses’ that he produced but did not even ask us a single question,” Pastor Nagdeve told Morning Star News. “We desperately wanted to tell the police that all the allegations that the complainant had mentioned were false, and that he and none of the ‘witnesses’ were present in the house, and that the police should ask the people present in the house.”

Pastor Nagdeve was visiting Katre from Lanji, 62 miles away, along with Pastor Nathan of Baroda, Gujarat state.

After Katre’s wife and Pastor Nagdeve’s wife approached Balaghat police and submitted a complaint that their husbands had been framed in a fake case, the superintendent ordered an enquiry.

“No one from the village had complained to the police alleging religious conversion,” their letter states. “They are innocent and being framed in a false case.”

Superintendent of Police Abhishek Tiwari told Morning Star News that based on the letter he has instructed the sub-divisional officer of police to properly investigate.

Police charged the three men with “unlawful conversion from one religion to other religion” under Section 3 of Madhya Pradesh’s new anti-conversion ordinance and with “criminal intimidation” under Section 506 of the Indian Penal Code, among other charges, according to First Information Report No. 73/2021, dated Jan. 28.

Family Event
Katre said that he had organized a private gathering in honor of his 20-year-old daughter prior to her leaving for her studies, and that he had invited only family and close friends.

“It was not a public meeting, that anybody could walk inside my house,” Katre told Morning Star News. “There were select people whom I had invited, and Deepak Patle was neither invited, nor did he enter my house.”

Katre said he has been suspended from his job as a teacher at a government school because of his arrest and jailing.

A friend of Katre’s had received calls urging him to warn Katre against associating with Christians, he said.

“My friend received a phone call about six to eight months ago by a Hindu extremist asking him to warn me to stop associating with Christians or praying, otherwise I would reap the consequences and might pay the price by losing my government job,” Katre said.

House Arrest
It was just before 4 p.m. that a police vehicle with seven policemen, along with 10 to 15 Hindu extremists on motorbikes, disrupted the family gathering and called for Katre.

When Katre came out of the house, the police arrested him and four others, including his 13-year-old nephew, citing “conversion activity” at house, he said.

The Hindu extremists were associated with the Bajrang Dal, the youth wing of the Hindu nationalist Vishwa Hindu Parishad, according to media reports.

“Though we were brought to the police station for questioning, we were not asked even a single question,” Pastor Nagdeve said.

At Pastor Nagdeve’s request, police let the 13-year-old and his father go, he said.

“The police station was surrounded by right-wing members, and we witnessed the pressure that was exerted on the police,” Pastor Nagdeve told Morning Star News. “Whenever we asked the officer in-charge to let us go, he would say that after some investigation he will let us go. Then when it was evening, he said he will let us go the next morning.”

Realizing the delay in their release, Katre’s wife and other family members rushed to the police station late in the evening, saying they wished to file a report against false arrests. Police advised them that doing so would incur the wrath of the Hindu extremists and that the three men would be released the next morning.

“Soon the scene completely changed,” Pastor Nagdeve said. “The members of the right-wing group presented Deepak Patle before the police, and the police recorded his statement and the statement of the ‘witnesses’ supporting Patle’s statements.”

The next day Katre and the two pastors were charged and presented in the court, which remanded them to jail.

Local media quoted Balaghat’s superintendent of police, Tiwari, as saying, “Three villagers of Balaghat District lodged a complaint that Katre organized a prayer meeting at his home on Wednesday and invited 35 people from nearby villages. In the meeting, Katre lured the participants by saying that if they adopt Christianity, they will get 10,000 rupees [US$137] each. If they refuse to do so, God will be unhappy and something bad will happen to them.”

Investigating Officer Sub-Inspector Sandeep Mangolia told Morning Star News that the case is under investigation and that he could not comment further.

After intervention by family members and Christian leaders, Superintendent Tiwari said he had ordered a fresh enquiry and assured a fair investigation.

“Their family members and well-wishers had come to my office, and they pointed out that these charges may not be completely true, so I have ordered this investigation and have asked the supervisory officer to check every fact and details completely and verify all the things, so that we can proceed on the basis of facts,” Tiwari told Morning Star News.

Jail Term
Before those arrested obtained bail from the high court, judges had twice rejected their bail pleas.

Sent to the Waraseoni jail about 10 miles from Balaghat, they were locked in a 15-foot by 12-foot cell along with 21 others where they spent 16 hours of each day.

“Though the atmosphere was very bad in the jail, God gave favor to us in the eyes of the staff and the fellow prisoners,” Katre said.

Authorities made a copy of the New Testament available to them on the ninth day, at their request, Pastor Nagdeve said.

“Five out of the 21 prisoners of our cell accepted Christ as their Savior,” he told Morning Star News.

They had further opportunities to proclaim Christ, he said.

“As we sat reading the Bible, the jailer approached us and asked us if we would like to address all the prisoners of the jail. We gladly accepted, and one morning all the prisoners, 125 of them, were assembled on the physical training ground along with 20 police staff on duty, a total of 145 people,” he said. “I taught them a simple song, and then Pastor Nathan preached; 21 people committed to follow the footsteps of Christ.”

Finding the facilities lacking, the Christians pooled a cash donation for some items that made conditions more hygienic, Pastor Nagdeve said.

“During our time in jail, we also gave away our footwear to prisoners who did not have them,” he said. “We are blessed that we were persecuted and sent to the prison for the sake of the Lord.”