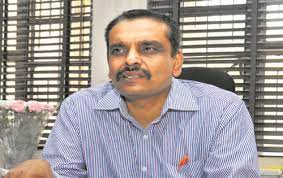 Chandigarh,  The Punjab State Schedule Castes Commission has ordered the Bathinda Deputy Commissioner and SSP to initiate a disciplinary action on the complaint of Ram Singh, a Dalit who had been banished from Virk Kalan village by the panchayat.

The commission has also directed setting aside of the directives passed against Ram Singh by the panchayat and his rehabilitation in his house.

Commission chairperson Tejinder Kaur said Ram Singh had lodged a complaint that the panchayat had issued a notice on a burglary complaint asking him to leave the village in seven days, else his belongings would be thrown out.

The incident happened a year ago and the complainant was forced to live in exile. He said education of his children had suffered owing to the decision.

Earlier, Ram Singh had lodged a complaint with the DC and an inquiry was marked to the executive officer (EO) of the Bathinda zila parishad, but the EO closed the complaint, terming it baseless. The commission constituted a two-member team that visited the scene and found the facts of the complaint to be authentic. “The sarpanch has admitted before the inquiry panel that some of the villagers forced him to issue the orders,” she added. She instructed the DC to make arrangements for rehabilitation of Ram Singh at his house in the village.