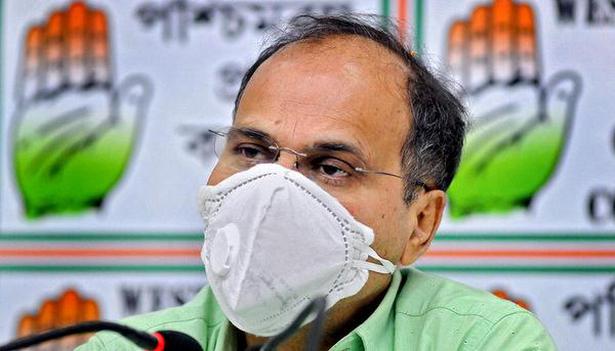 At least 15 Hindu temples in Bangladesh have been vandalised over allegations of disrespect shown to Islam on Facebook, triggering panic among the minority community in some areas

Voicing concern over reports of attack on minority Hindu community in some parts of Bangladesh, Congress leader in the Lok Sabha Adhir Ranjan Chowdhury on Monday urged the Centre to take up the issue immediately with the neighbouring country.

He referred to recent media reports that temples were attacked and Hindu families in Bangladesh became victims of arson and loot by fundamentalist forces.

At least 15 Hindu temples in Bangladesh have been vandalised over allegations of disrespect shown to Islam on Facebook, triggering panic among the minority community in some areas, a report from Dhaka said on October 31.

Temples at Nasirnagar in Brahmanbarhia district in Bangladesh were vandalised on Sunday and over 100 houses in the area belonging to Hindus were looted, the media report said.

After the violence, which reportedly lasted for hours, two temples in adjacent Madhabpur in Habigunj also came under attack, the report said quoting police and eyewitnesses.

“It is reported that Hindu families in Bangladesh have been targeted by fundamentalist forces resulting in the arsoning and other violence as a reprisal of the stand taken by our government. Indian government should take up the issue with Bangladesh government as immediately as possible so as to prevent further escalation,” he said in a statement.

Six persons have been arrested for their alleged involvement in the attack and paramilitary Border Guards Bangladesh (BGB) deployed at Nasirnagar and Madhabpur Upazila headquarters along with the Rapid Action Battalion, police and Armed Police Battalion, the report said.

Locals said the Nasirnagar incident started with a Facebook post by one person from Harinberh village under Haripur Union Parishad.

Police detained the accused on Friday immediately after the allegation of blasphemy against him. The man has been sent to jail following a court order.