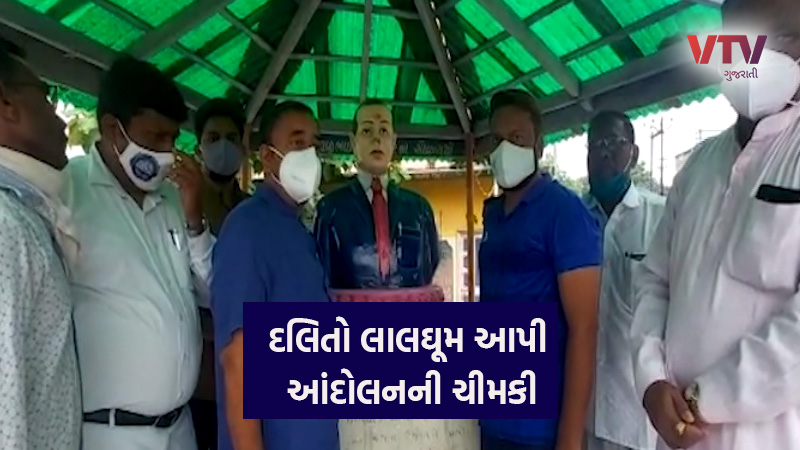 There is outrage in the Dalit community over the desecration of the statue of Dr. Ambedkar in Mangrol, Surat. People of Dalit community have come together and demanded action against the accused. The Dalits, led by Kishore Panawala, chairman of the Dalit District Health Committee, have sparked agitation.