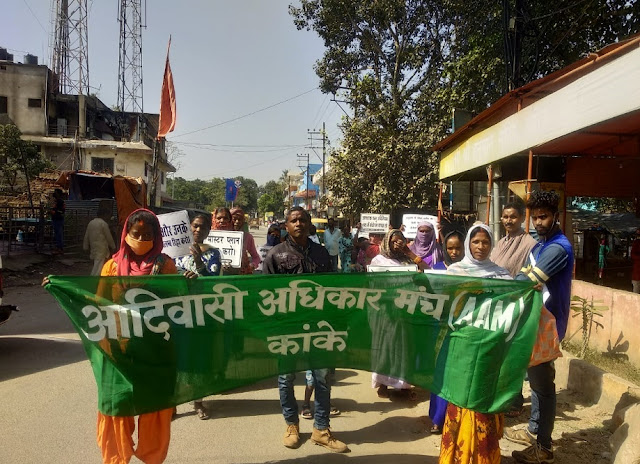 By Rishit Neogi
Displacement and eviction are not new terms. It is surprising that they are still continuing and have become a tool in the hands of state backed corporates to forcibly occupy lands in the name of development.
The Harijan Basti of Sukurhutu village in Kanke block, Ranchi district, was inhabited by 76 Dalit families who were allotted 4 acres 68 decimals land by the Bihar government in 1982. According to Lagnu Mahato, Magul Nayak and Sukhdev Kumhar Mahato of Sukurhutu, many families were forced to flee the area due to riots in 1986, though quite a few families are still residing in the area, doing daily labour jobs like plumbing, carpentering, etc. to sustain themselves.
Since 2012, what are described as “local conspirators” are alleged to have illegally occupied 2 acre 68 decimal of the land and began selling it in cohorts with the district administration by using fake certificates. After grabbing the community land, the land grabbers reportedly also started plotting on how to take over the whole land plot of 4 acres 68 decimals in the name of some development scheme.
Since locals are aware of the designs, they apprised about it to the civil rights organization Adivasi Adhikar Manch, Ranchi (AAM) and the Adivasi Adhikar Manch, Kanke, which organized a marched to the Kanke block office on November 5. In fact, local people were trying to seek legal redressal of their issue for long, but, according to them, they are being given false assurances. On the other hand, they says, they have been receiving threats that they will be evicted.

Under the national urban policy, such lands inhabited by communities should be developed only with their participation. As far as possible, any redevelopment can only take place by rehabilitating them on the same site or location by upgrading their houses, sanitation, drinking water, electricity etc. amenities. It is the state’s imperative to legalize and regularize possession of land in urban areas inhabited by people of marginalized and impoverished families or households. 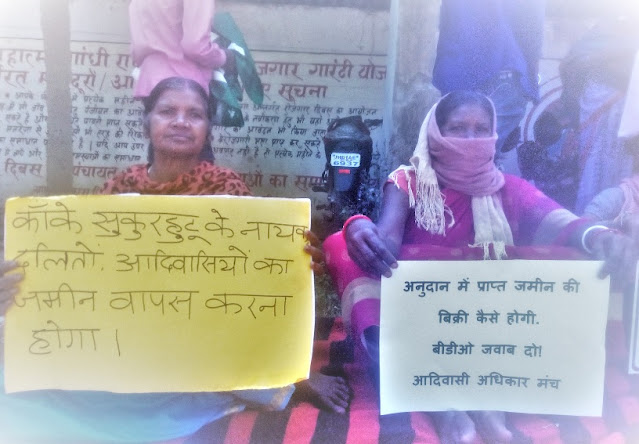