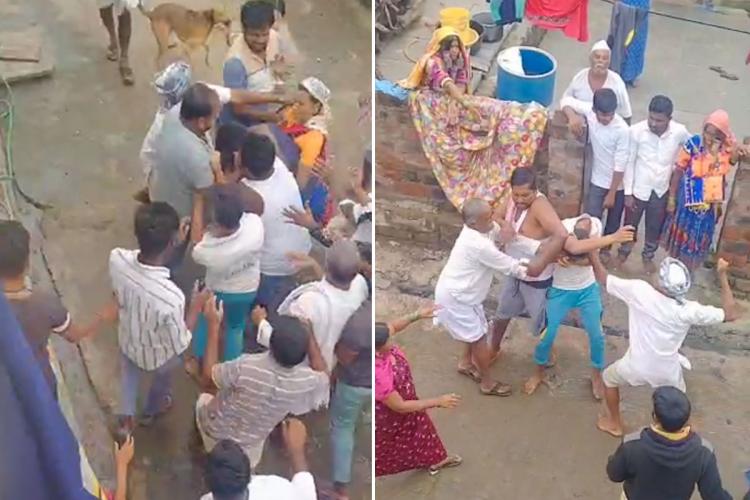 A 25-year-old Dalit man, his brother, sister and mother, were allegedly assaulted by the chairman of the taluk municipality and others after the man questioned the taluk municipality regarding encroachment onto their property in Karnataka on Saturday. The incident took place at the Jalihalla tanda, a settlement where people of the Lambani community live, in the Basavana Bagewadi taluk of Vijayapura district. Following the attack, all of them sustained injuries and have been admitted to the hospital. Based on a complaint by Manjunath Pulsing Jadhav, the 25-year-old man, police have registered a First Information Report (FIR) against the accused.

Speaking to TNM, the complainant Manjunath said that work to build a public gutter in front of their house had been ongoing, and the gutter space was completely being taken from his property. When he objected to this, asking for half of the area to be taken from the municipality road, the chairman of the taluk municipality, Neelu (Neelappa) Khuba, along with other accused — Kashinath, Shetappa and Gurappa — allegedly started hitting Manjunath and his 16-year-old brother Ravi. Manjunath also alleged that his entire family including his mother and sister were later assaulted on the same day at their home by Neelu’s brother and Zilla Panchayat member Jayasingh and Viju.

Manjunath alleged that the chairman has threatened the family that if they set foot in the tanda again, he will kill them despite the police registering the FIR.