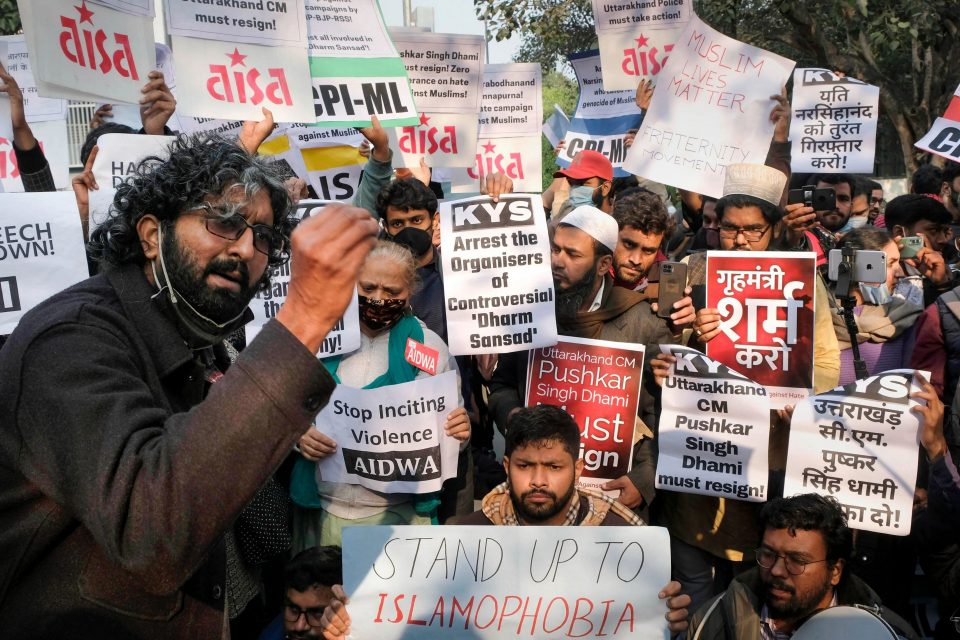 Five members of the family were injured, including a woman, who suffered burn injuries.

A Dalit family at Tukkanatti village in Karnataka’s Belagavi district was beaten up on 29 December 2021 by members of a right-wing organisation, accusing them of forcibly converting people to Christianity.

Five members of the family were injured, including a woman, who suffered burn injuries. The family is being treated at a government hospital and a private hospital in Mudalagi town, reported The Hindu.

On 29 December, pastor Akshay Kumar Karangavi was holding prayers at his residence when members of the right-wing organisation barged into the house and asked them to stop the congregation. The attackers said the family was forcibly converting their neighbours to Christianity.

The pastor’s spouse alleged in a complaint that they threw hot gravy on her and outraged the modesty of another woman in the house. The prayer was part of the annual Christmas celebrations, she said.

Seven of the alleged attackers were booked under the SC and ST (Prevention of atrocities) Act and some provisions of the Indian Penal Code. The accused are Shivanand Gotur, Ramesh Dandapur, Parasappa Babu, Fakirappa Bagewadi and Krishna Kanitkar from Tukkanatti village, Chetan Gadadi from Kankanawadi, and Mahantesh Hattaraki from Hattaraki.

Amid growing intolerance against India’s Christian minority, who make up about 2 percent of the country’s population, several Christmas events were targeted by Hindu right-wing groups, alleging Christians were forcibly converting Hindus to their religion.

Note: This news piece was originally published in thequint.com and used purely for non-profit/non-commercial purposes exclusively for Human Rights objectives.