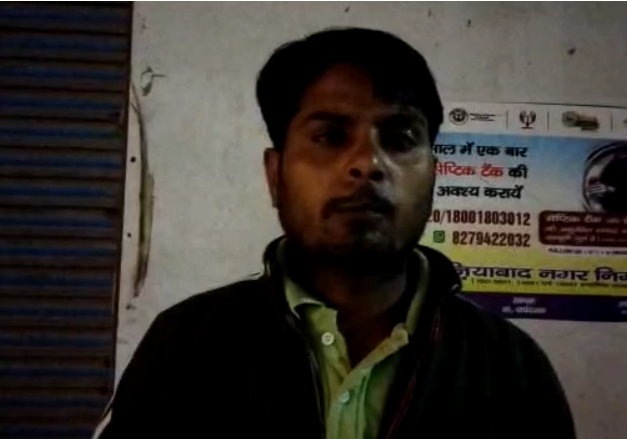 According to the information received by the victim, Rahul Vihar resident Jitendra Saptah was trading in the market.

He makes a living for his family, while he does his work with his hard wool before Bablu Tyagi, Deepak, Row Bin, 400000 for Rs.400000 on interest so that in return he got a check written under his signature. When it was a little late in giving back the money, but these moneylenders came home and talked to the family members.

Rape, abusive speech, and broke the house and put pressure to return the money, which the moneylenders paid on interest. By charging interest, he increased from 400000 to 130000, if he could walk, the family was attacked by the oppressors.

He was concerned about his power due to harassment, but due to the lax attitude of the police, Jatendra 130000 with interest was returned to the accused by not selling his house but when If you ask for your check back, then the miscreants did not come back to give the check and could not return the check, because now The usurers and dabangs came by bounced the check.

The day is neither troubled nor coming from family members, they have been doing indecency, who had no information, neither the police nor the captain. He gave several times in writing, but could not hear it, because the miscreants raised the issue in Raye’s house.

So after threatening to kill him, he escaped after not taking the amount of tax, which could be information 112 But given but no action is taken against the oppressors, the family of Tendra’s family is living life in fear.

Note: This news piece was originally published in the specialcoveragenews.com and use purely for non-profit/non-commercial purposes exclusively for Human Rights objectives.