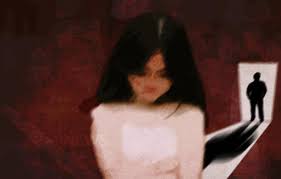 Agra: An 18-year-old Dalit girl was allegedly molested by a 25-year-old male staff worker of a private hospital where she was admitted for treatment, on Tuesday night, in Mathura’s Kotwali Nagar. An FIR was registered by the police on Wednesday. The accused had joined the hospital three days ago. He is yet to be arrested.

According to police, the girl was admitted to the hospital with severe stomach ache. She was given a painkiller after a check up by the doctor. When the girl was half asleep, the male hospital staff worker, identified as one Shyam Gujjar, touched her inappropriately and tried to molest her. It was 1am. The man fled after she hurriedly got up.

The girl then informed her family. Her relatives want the CCTV cameras to be scanned by the police as part of evidence.

Circle officer (City) Varun Kumar said that the FIR has been registered against the accused under sections 354 (assaults or uses criminal force to any woman or abets such act with the intention of disrobing or compelling her to be naked), 323 (voluntarily causing hurt) and 504 (intentional insult with intent to provoke breach of the peace) of IPC along with sections of the SC/ST Act.

The accused will be arrested soon, he added.