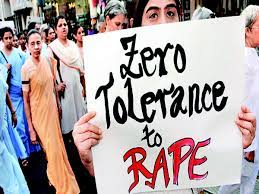 Amroha: An 18-year-old Dalit girl, a student of Class XII, was allegedly kidnapped by five people of a different community at gunpoint from a village under Amroha Dehat police station eight days ago, claimed her parents who approached the SSP, “threatening to migrate from the village” if the accused were not arrested.

The kin accused police of delaying action against the main accused, a neighbour, who hails from a minority community, even as an FIR was registered on December 18.

According to the girl’s parents, “Five people barged into our house in the night and kidnapped our daughter at gunpoint. We had lodged a kidnapping complaint against the accused, following which a case was registered, but police failed to recover their daughter, thus far. We are running from pillar to post, but no avail.”

Later, in a video message, the parents allegedly threatened that if police failed to recover their daughter, they would migrate from the village.

According to deputy superintendent of police Vijay Kumar Rana, “We have registered a case against five members of a family for kidnapping the Dalit girl. We have formed several teams to recover the girl and arrest the accused, who are still at large.”

Note: This news piece was originally published in timesofindia.com and used purely for non-profit/non-commercial purposes exclusively for Human Rights objectives.