Nizampur is a small village in Kasganj. Many people from nearby villages do not even know its name. Yes, everyone knows that a Dalit groom came here on a horse and brought a procession. Telling the way to get there, an Amma from the neighboring village says, ‘Well where did the bridegroom’s bride’s wedding procession come, oh then the police was the police.’

Satpal Singh, along with his family, was reaping the bajra crop in a field on a narrow road leading to the village. Two years ago, in July 2018, when his daughter’s wedding procession was to come, the Thakurs of the village stopped watering the fields of Dalits. Then their crops had dried up. His son-in-law, Sanjay Jatav, had stubbornly mounted his horse to get a procession, which the Thakurs had accepted against his pride. After the intervention of the court, Sanjay Jatav brought a procession on a horse in police protection. Many Thakurs had left the village that day.

Satpal Singh says, ‘Then I was arrested. Did not even give water to the fields. The Thakur of the village used to say, the procession will not be allowed to go on the horse. I have never climbed before, nor will I climb forward and if the procession hits the horse, it will be broken. The government offered a procession and also supported us. For one year, there was security in the village for us. 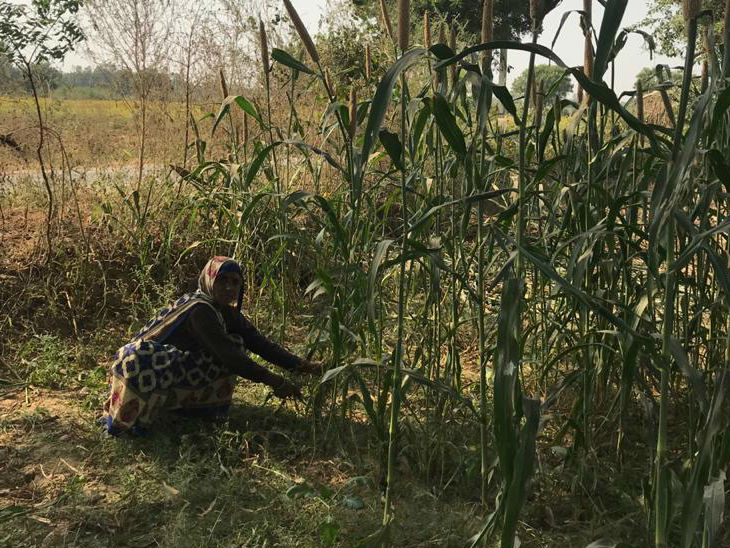 The women of the village also work in the fields along with the men.

Dalits have 10-12 houses as soon as they enter the village. Some are crude and some are simply made by putting ceilings on pucca walls without plaster. Outside a house, a slim woman stands with a malnourished child on her lap. On seeing me, women come out of the houses. Now, on how the atmosphere is, a Dalit woman says, ‘Thakur used to come after drinking liquor, used to say Chamra-Pamra. Nothing says now, live well. Ever since the procession has taken place, we have not had the same problem as before.

She says, “At first they used to hit on the way, they used to kill in the house, children and children used to meet in the field, then they would surround it, slap them, but now it is not so”. We say clearly, now the Jatavs are also not weak. If they kill now, they will slap themselves. Now it is not the former. The sound from the well will sound like a well. There are no old men now, new boys. If you will not stay here, you will eat elsewhere and eat, but will not bow down now. ‘ 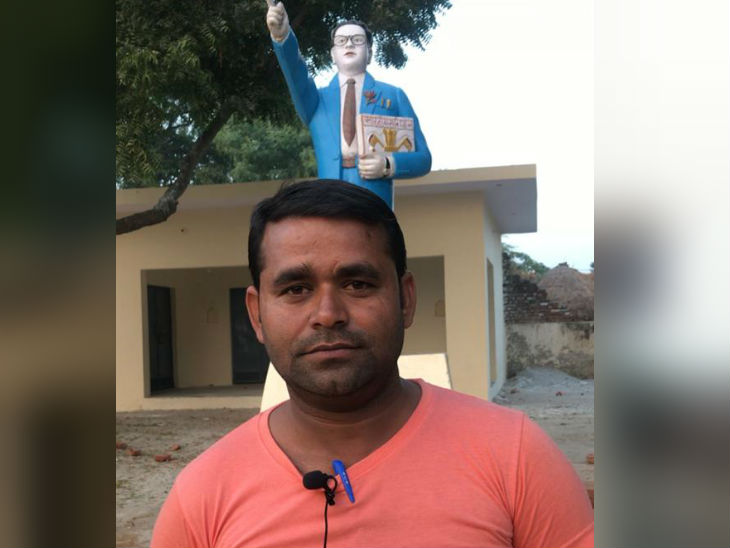 It is Sanjay Jatav, who fought up to the Supreme Court to climb the mare.

The big houses of Thakurs seem to be bigger than the small houses of Dalits. When I arrived here, a young man in the Thakur community died of illness. The village had an atmosphere of sorrow, including Dalits. As news of the death spreads in the village, people stop their work. Dalit women working in the fields also return to the village.

There is a teenager lying outside in a small house of one room in the neighborhood of Dalits. In the coterie lying in the verandah, a milky child is swinging in a swing of a sheet. Sunita, who lives in this house, says, “The gas cylinder has been found by the government. The toilet is also built exactly as it is, but could not find a home. Many times read and read, but nothing happened.

Controversy over the procession, Kanti Devi, the village head, says, “Some people protested, but after the intervention of the administration, the matter was settled and explained. Whether the daughter is of Dalit or Thakur, all the daughters are equal and they can carry out their procession as they wish. Be it Jatav or Mehtar, everyone’s procession came out with pomp.

Talking about the atmosphere of the village, Kanti Devi says, ‘When there was a dispute, it was all good now. Without Thakurs, the work of Dalits cannot go on and Thakurs without Dalits. All are dependent on each other. We all look great, but if there is something else in one’s heart, we cannot say it.

There is a village of Sanjay Jatav in Hathras district, about 30 km from here. Everyone now knows Sanjay Jatav, popularly known as Dalit groom. Sanjay, active in local politics, is currently inaugurating the Ambedkar Park in his village Basai. 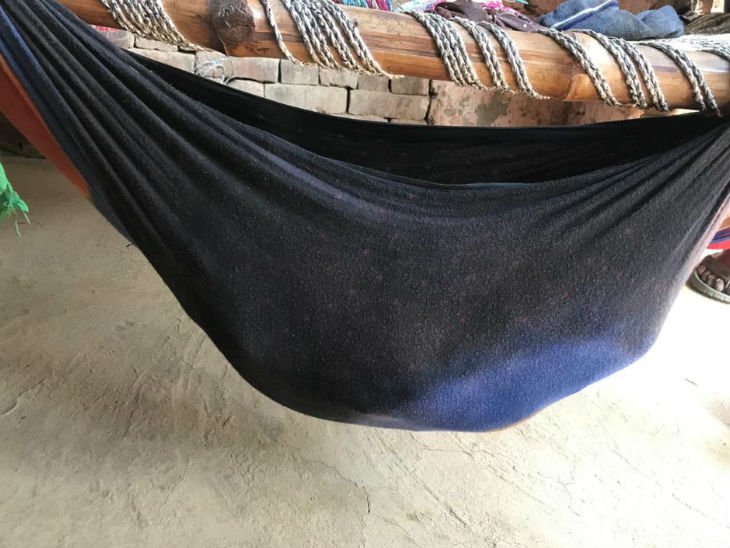 Similar cradles are made for children in villages. Both the ends of a cloth are tied and the child is placed inside it.

Standing under the statue of Ambedkar, he says, ‘Since independence, no Dalit had taken a procession sitting on a mare in Nizampur of Kasganj. The Thakurs protested when I asked for the procession. I too caught the insistence of the mare and went from the district administration to the district court and the Supreme Court. After 6 months of struggle, I climbed the mare. A lot has changed now. ‘ When Sanjay was speaking, the children and old men of the village were watching him closely. As if a leader is speaking. He was talking about the constitution and the right to equality for all.

Sanjay Jatav’s locality in Basai village is like any other Dalit neighborhood. Zigzag road Small houses with open drains. Many houses do not even have boundary walls. As I was walking towards his house with Sanjay, women and children were peeping from the houses. Sanjay’s uncle says, “It has made a lot of its name.” Has he had any kind of fear since Sanjay’s mare? On this, he says, ‘No more fear. Whatever was to be done, whatever will happen next will be seen. ‘

A Thakur youth of the village, whose younger brother committed suicide under suspicious circumstances, has come to Sanjay’s house to seek help in the fight for justice. Sanjay promises to raise his demand at all levels. I ask that Thakur, are all Dalits in the village equal now. He hesitates looking at Sanjay and says, “Yes, all are equal now.”