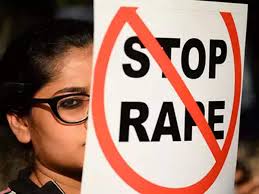 Pilibhit: A 27-year-old Dalit woman of a village under Puranpur kotwali onboard a Tata pickup passenger vehicle was allegedly raped by the driver after she was left alone in the vehicle. The crime took place on December 23, but an FIR was registered on Sunday night, following the order by superintendent of police Jai Prakash Yadav.

In her complaint, the woman stated that she had boarded the passenger vehicle near her village around 10 am on December 23 after noting down its registration number. Besides her, there were another woman and her child sitting in the vehicle and they got off at their destination midway, following which she was left alone in the vehicle, she said.

“The driver halted the vehicle at a tea stall near a petrol pump on Pilibhit-Basti national highway (NH 730) and forced me to have tea after which I turned unconscious. When I regained around 11 am, I found myself lying nude at the roadside near Assam road crossing on the outskirts of Pilibhit city. My clothes were lying beside me,” alleged the woman.

“Following the incident, I approached Sungarhi police station to lodge an FIR, but they denied. An FIR was registered after I lodged a written complaint with the SP,” alleged the woman.

SHO Shrikant Dwivedi said the accused was booked under sections 376 (rape) and 328 (causing hurt by means of poison, intoxication etc., with intent to commit an offence) of the Indian Penal Code (IPC) and appropriate sections of the SC/ST (Prevention of Atrocities) Act.