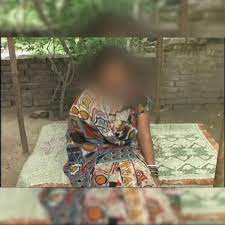 In Bhavsi village of Aurangabad police station area, on Friday night, a Dalit woman was overwhelmed by not lending. The angry man beat up the woman after getting drunk and threatened to suffer while molesting.

Sonvati, a resident of village Bhavsi, has a grocery shop in the village itself. Last night she was sitting at the shop. At around eight o’clock in the night, a man in an intoxicated liquor reached the shopkeeper and started asking for credit. When the woman refused to lend, the accused thrashed the woman and started abusing her by molesting her.

When the villagers gathered on the information of the assault and reached the spot, the accused fled from there threatening them. Former BSP district president Roshan Lal Rahul called the SO and informed about the matter. But the police did not reach the spot. The victim has told to complain to the SSP. SO Mahendra Tripathi said that the matter is being investigated.

Note: This news piece was originally published in hindustan.com and used purely for non-profit/non-commercial purposes exclusively for Human Rights objectives.