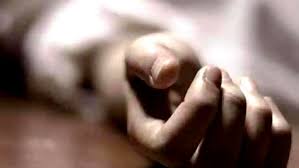 A 30-year old Dalit woman was strangulated to death by a man she was allegedly having an extramarital affair with, even as her 10-year-old son listened to her cries for help, at Rauke Kalan village in the Moga district, police said on Friday.

The aggrieved husband Balvir Singh alias Dheera said that his wife Karamjit Kaur went along with their son Gurpreet Singh to get medicine from a doctor at Badhni Kalan, but, on the way, Sewak Singh, a resident of Badhni Kalan, took them to his farm in a makeshift room on a water pump.

The boy was asked to stand outside.

The child allegedly heard the voice of his mother crying for help, but got frightened and ran away from the spot. He came back home and told his father about the incident. Balvir went back to look for his wife, but he could not find her, he told the police.

Later, the dead body of the woman was recovered by the police from the bushes on the banks of a canal at Badhni Kalan. The police took the body into custody and sent it for a post-mortem examination at the district hospital here.

Preliminary findings suggested that the woman was strangulated to death but the exact cause could be ascertained only after getting the post-mortem examination report, the police officials said.

The SHO of Badhni Kalan police station Karamjit Singh stated that a criminal case under section302 of the IPC has been registered against the alleged accused Sewak Singh and a hunt has been launched to nab him. He was eluding arrest, till the filing of this news report.