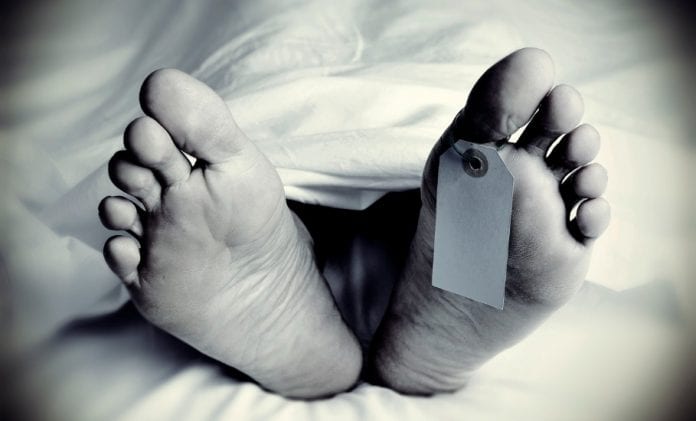 SC’s 2020 orders are flouted, making investigations in such cases a long drawn affair, delaying justice for the victim

The death of a Dalit woman in police custody in Telangana’s Yadadri-Bhuvanagiri district on June 18 at Addagudur police station has prompted the Telangana High Court to order a judicial probe into the matter. The court has also directed a second autopsy of the deceased after exhumation of the body.

Chief Minister K Chandrasekhar Rao on Friday (June 25) announced a government job for Mariamma’s son Uday Kiran, a house and ₹15 lakh as ex gratia apart from ₹10 lakh to each of her two daughters.

The High Court order came on a PIL filed by the People’s Union for Civil Liberties (PUCL). The court has asked the state police why it has not installed CCTV cameras in the police station despite a Supreme Court order.

Mariamma worked as a cook at a house and was arrested along with her son Uday Kiran on a complaint of the house owner who accused the two of theft. Local media reported that Mariamma died after four days of police torture. The police maintained that Mariamma, who hailed from Khammam district, lost consciousness as she was being brought to Adda Gudur police station on June 18 for questioning.

The police said they immediately took her to Bhongir area hospital, where doctors declared her brought dead. The police, after a departmental inquiry, placed Adda Gudur Sub-Inspector Mahesh, and constables Raheed and Janaiah under suspension.

Responding to Congress’ representation, the Chief Minister ordered an inquiry and asked the DGP to personally supervise the investigation.

A magisterial inquiry or a judicial inquiry will not be useful in curbing the custodial crime. Such inquiries consume a lot of time and don’t promise concrete action within a reasonable time. It is not significant in the criminal investigation and prosecution process as it will not result in the framing of charges.

The magisterial probe is like a preliminary inquiry that lays down a roadmap of investigation. If the inquiry report concludes that the police torture led to the death, a regular FIR has to be filed and an investigation should begin.

The rule of law has been under a serious challenge as far as custody killings and staged encounters are concerned. Many say a murder case has to be registered and a regular investigation should be expedited. What happens in such cases is that the police control the entire operation and the formal registration of criminal charges against the police is almost impossible.

The Supreme Court recently ordered the installation of CCTV cameras at every place of custodial activity under the control of the police. The apex court also directed retention of the camera footage for a considerably longer time to facilitate the probe into custodial crimes. But it appears no state or police personnel have taken the direction seriously.

Is it possible for the police to register a case of murder against their own colleagues? If they do, is it possible to have an unbiased probe into the murder?

In this context, the Supreme Court directed the Centre on December 2, 2020, to install CCTV cameras and recording equipment at the offices of investigating agencies, including the CBI, the ED and National Investigation Agency (NIA), which conduct interrogations and have the power of arrest.

A bench headed by Justice R F Nariman said that states and Union Territories should ensure that CCTV cameras are installed at each and every police station, at all entry and exit points, main gate, lock-ups, corridors, lobby and reception as also areas outside the lock-up rooms so that no part is left uncovered.

The apex court had in 2018 ordered installation of CCTV cameras in police stations to check human rights abuses. It said the CCTV system must be equipped with night vision capability and should have audio as well as video footage. The court made it mandatory for the Centre, states and UTs to purchase such systems which allow storage of data for the maximum period possible — at least one year.

It also directed state-level and district-level oversight committees with responsible officers to check these incidents. “Whenever there is information of force being used at police stations resulting in serious injury and/or custodial deaths, it is necessary that persons be free to complain about a redress of the same,” the SC had said.

In the PIL, the PUCL has sought direction from the government to pay the kin of the victim ₹5 crore as compensation and order a judicial inquiry into the circumstances that led to the victim’s death.

The Chief Minister said: “We will not pardon anyone in such incidents. The government will not keep quiet if any harm is done to Dalits. There will be swift action…If need be, the government will dismiss the guilty policemen from service.” Rao has promised support for the children of the victim, and instructed Chief Secretary Somesh Kumar to ensure that Mariamma’s son Uday Kiran gets a government job, a house, and an ex gratia of ₹15 lakh, and that her two daughters are given a sum of Rs 10 lakh each.

Meanwhile, the National Commission for Scheduled Castes (NCSC) has issued a notice to the state government.