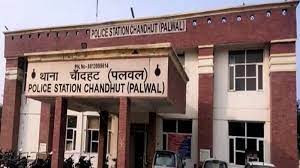 The husband of a Dalit woman sarpanch of Taraka village was fatally attacked and seriously injured. The attackers also threatened to kill his gunman. The sarpanch humiliated the husband by saying caste-indicative words and warned of dire consequences. Chandhat police station has registered a case and started searching for the accused.

DSP Yashpal Khatana said that the sarpanch husband Ashok Kumar, resident of Taraka village, has given a complaint that he is getting constant threats to resign in the matter pending in the court. He complained to the police, but no action was taken. After this he pleaded for justice at the CM window. The police got him signed by pressurizing him.

At 4:00 pm on December 14, he was going on the Palwal-Aligarh route. At the same time, Dinesh, Devdutt alias Dumb resident Taraka, Khedla and two youths each from Bela village attacked him on Kithwadi canal. The attackers hurled casteist abuses at him and also opened fire with the intention of killing him. When his gunman came to the rescue, he pointed a knife at him. After this the accused fled from the spot waving the katta in the air. The DSP said that the police is raiding to arrest the accused, they will be arrested soon.

He was beaten up and robbed while going for a walk

DSP Khatana said that on July 18, 2017, a complaint was lodged by the woman sarpanch Sheela Devi in ​​Taraka village. The complaint said that at 5:30 in the morning when she was going for a walk with her husband, Rajesh, Vijay, Rakesh, Krishna, Rajesh’s nephew Sagar resident Janacholi, Rajesh’s sister, both residents of village Nanglia Alwar, near Mali Chaupal. Both the boys of Lekhraj resident Taraka and Rajesh beat up.

The accused had robbed his phone and gold chain. The matter is sub-judice in the court and in this the accused are continuously pressurizing Sheela’s husband Ashok to change the statement. When he refused, he started threatening. Therefore, on the order of the court, the victim’s husband has been given a gunman. Despite being a gunman, on December 14, the sarpanch husband was attacked in Jamleva.

Note: This news piece was originally published in dainikbhaskar.com and used purely for non-profit/non-commercial purposes exclusively for Human Rights objectives.