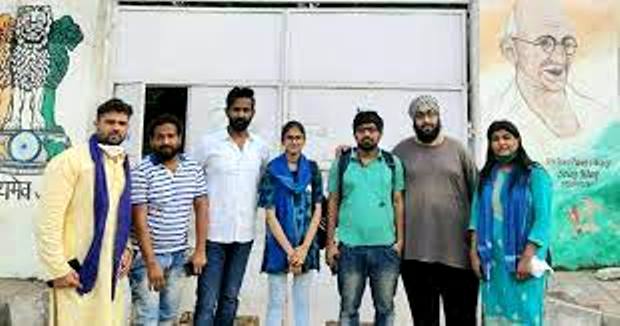 Srishti Jatav was reportedly arrested while covering the demolition of the Dhobi Ghat slum in the Batla House area.

Dalit journalist Srishti Jatav was arrested by the Delhi Police on Wednesday evening. She was released after a brief period following an outrage on social media.

The police have not released an official statement yet about the reason for her arrest.

However, social media users alleged that Jatav was arrested while reporting on the demolition of the Dhobi Ghat slum area near Batla House in Delhi.

Some other activists were also arrested while they were protesting against the demolition, students’ union All India Students’ Association tweeted. Jatav and the others were taken to the Jamia Nagar Police station.

The Delhi Development Authority had directed the demolition of the Dhobi Ghat slum in September based on a National Green Tribunal judgement. The tribunal had said that the slum, which allegedly encroached the banks of Yamuna river had to be removed, according to The Hindu.

The demolition process started in December.

However, in January, the Delhi High Court gave three weeks’ time to non-government organisation Muslim Kassar Vikas Sangathan to approach an appropriate forum for relief against the demolition.

In another hearing on the matter in June, the Delhi High Court had said that those living in Dhobi Ghat cannot be left on the streets to fend for themselves, Live Law reported. The court directed the Delhi government to make rehabilitation arrangements for them.

On Wednesday, the protesters demanded that the Delhi Police should follow the court’s orders and not undertake the demolition process before the residents were rehabilitated.