The complainant, Shanno, had alleged that she had been assaulted at the Bhajanpura police station, and her daughter sexually harassed. 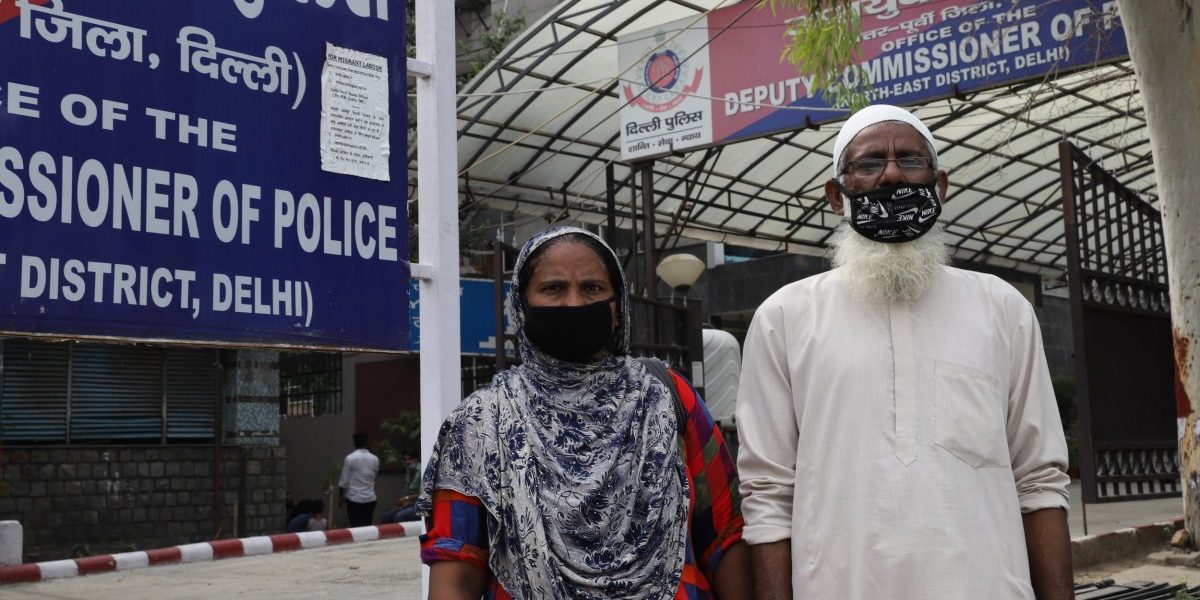 New Delhi: On Wednesday, the Delhi high court sought a status report from the Delhi police on a plea in a Northeast Delhi riots case. The complainant, Shanno, had alleged that she had been assaulted at the Bhajanpura police station, and her daughter sexually harassed.

The Wire had reported that on August 5, saffron flags had appeared on the gates near a mosque in Northeast Delhi’s Subhash Mohalla – on the same day as the ‘bhoomi pujan‘ for the Ram Mandir in Ayodhya. This had created communal tensions in the already sensitive region, which has been on edge since the riots in February this year. The locals of the area also said that there had been anti-Muslim slogans being raised at around 1 am.

About seven Muslim women from Subhash Mohalla had come together to lodge a complaint in the Bhajanpura police station on August 8. Among them were Shanno and her 17-year-old daughter. However, according to Shanno, the police refused to see this as a valid complaint and tore the piece of paper on which the women had penned down the complaint.

Shanno alleged that she was slapped repeatedly by policemen and also said that her left ear had been injured because of the alleged assault. She had said, “I don’t feel well. Those police officers beat us a lot.” She also alleged that male police officers mistreated the women, including her 17-year-old daughter. “Chaante-chaante barsaaye hum pe. Chhaati pe haath maar ke meri kameez phaadh di (They slapped me repeatedly. They put their hands on my chest and tore my kurta).”

Talking about the importance of filing an FIR, she had said, “Today, they have tied saffron flags near the mosque and burst crackers outside its gates, tomorrow they will do it inside the mosque if they go unpunished.”

The SHO of Bhajanpura police station had denied the allegations, saying, “They [the women] started demanding an FIR and refused to leave the police station without it. I told them, this is not how an FIR is filed, we will conduct an investigation soon. Lighting diyas and putting up saffron flags is not a crime, is it?”

Shanno is one of the key eyewitnesses in the Delhi riots case, and had filed complaints against several people, including BJP leader Jagdish Pradhan, Mohan Singh Bisht and a few police officers, for allegedly helping orchestrate the riots. However, according to her, the police was trying to thwart her efforts to have an FIR registered, and she and her family were receiving threats to withdraw their complaints.

In light of this, on July 17, Justice Vibhu Bakhru had directed the DCP Northeast Delhi to ascertain the threat perception to Shanno and her family and provide them security, after she had moved the court seeking protection. In her previous plea, Shanno had alleged that her husband was stopped at the ISBT and his phone was snatched by two men on a bike. She had also said that her son and grandson were hit by a car when they were on a motorcycle. The child sustained severe head injuries.

On Wednesday, Justice Yogesh Khanna asked the DCP, northeast Delhi, to ascertain the threat perception to complainant Shanno for the second time and provide additional security, if required.

Advocate Mehmood Pracha, on behalf of the petitioner, told the court that Shanno and other women of the locality had lodged a complaint on August 6 against the nuisance created by the mob. On August 8, she along with the other complainants went to the police station to collect the FIR, which was never received.

Three Caravan reporters had on August 11 been assaulted in the same region while trying to cover Shanno’s daughter’s assault. The three had filed detailed complaints in the Bhajanpura police station the same day.